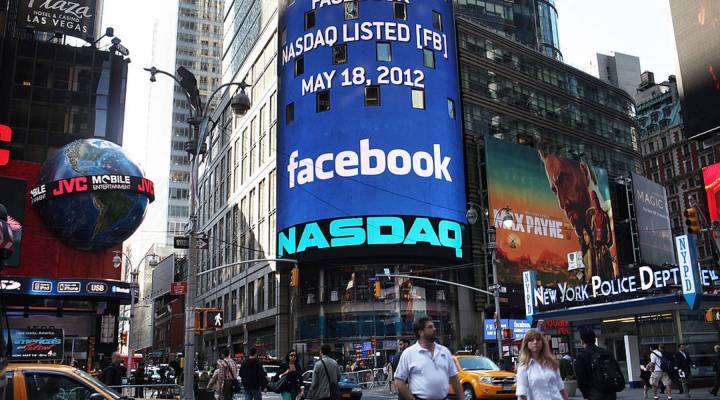 COPY
The Nasdaq board in Times Square on the day it debuted as an IPO.  Spencer Platt/Getty Images

The Nasdaq board in Times Square on the day it debuted as an IPO.  Spencer Platt/Getty Images
Listen Now

You can love ’em or you can hate ’em, but online ads are here to stay. Google and its ad-selling prowess is well covered. Twitter’s fighting the good fight trying to figure it out. Facebook seems to have it pretty well nailed.

Antonio García Martínez is one of the people responsible for that, he’s the creator of Facebook Exchange, the social media company’s first successful try at generating ad revenue.

The Exchange is credited with saving the website after Facebook’s IPO through allowing third parties to purchase ads on the site. When Facebook started to divert resources from Facebook Exchange to internal ads,  Martínez left the company. He currently serves as the Vice President at Nanigans, a third party digital advertising company.

Martínez writes about the development of ads on Facebook  in his book, “Chaos Monkeys: Obscene  Fortune and Random Failure in Silicon Valley.”

One thing I think is joining to a lot of what we call intent data in the outside world. Browsing for shoes, even purchases you’ve made in the offline world, joining your Facebook experience to that was one of the key insights. I think one of the deep sort of abstract insights though is that Facebook’s real value wasn’t so much in what data it has about you, the fact that you liked BMW say a year ago or whatever or that you’re a 35-year-old male in Ohio. It’s the fact that Facebook knows who you are on every device you touch, and that’s very helpful when it comes to attributing ad spend on mobile versus desktop and just basically keeping track of you on every device you touch.

We pay for the internet. We are how services like Google and Facebook get paid, basically exist. Without us, none of that would exist. I don’t think we want to go down the rabbit hole of alternative business models, but if you think about charging for Facebook or any other way that you could pay for it, it basically wouldn’t work. Ads is what we’re stuck with, and there it is.