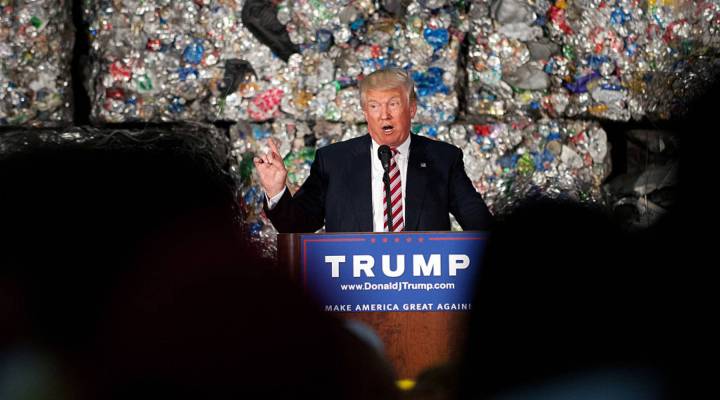 The presumptive Republican nominee for president, Donald Trump, gave a speech Tuesday devoted to what he called “How to Make America Wealthy Again.” This comes a week after the presumptive Democratic nominee, Hillary Clinton, spoke at a rally in Cincinnati on the the economy.

Neil Irwin, senior correspondent at The New York Times, weighed in on what each candidate had to say.

This is a Republican nominee for president, most likely, saying “I am going to back away from these trade agreement, we’re going to turn to a world where there’s lots of steel workers, we don’t have as much international competition, and that is new territory.

It’s really interesting seeing Hillary Clinton, her husband signed the NAFTA bill and made the North American Free Trade agreement happen. She’s herself said  she’s against the current Trans-Pacific Partnership that President Obama is advocating, that she wants to see some changes to NAFTA and take a more aggressive stance on trade. I think a lot of people are skeptical of just how anti-trade she’d really be in office. I think the track record of Democrats, including Obama and Bill Clinton,  is that they talk a big game a and they get into office and are a lot more accepting of trade agreements than they suggested.

Irwin’s take on Donald Trump and the effects of Brexit:

There’s just no question that both Trump and Brexit were driven by these deep sense of loss, and a sense of a moment in time that has passed in which these countries, or the U.S. or Britain, could stand on their own and do their own thing and there were good class jobs in manufacturing. That era has passed, and we’re seeing really a retaliatory push politically against that in both countries.