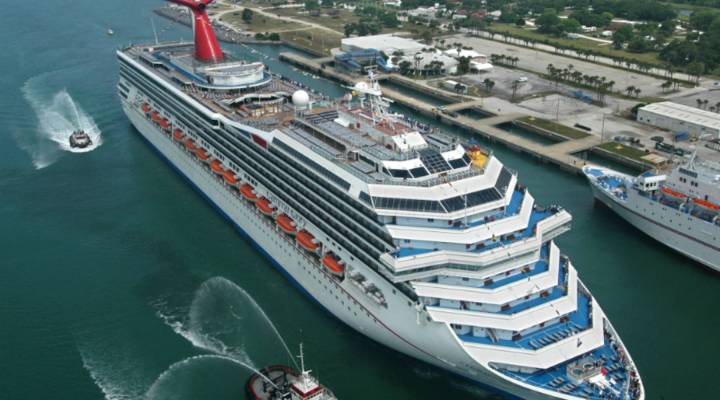 “Despite the geopolitical events in Europe, including the Brexit vote, we remain confident in our long-term outlook,” Chief Executive Arnold Donald said in a conference call with analysts.

Still, with headquarters in both Miami, Florida and Southampton, England, Carnival acknowledged the risks posed by Britain’s exit from the European Union, which the company said could affect exchange rates and global consumer confidence.

Like any luxury industry, the cruise business relies on people having extra cash and spending it.

“The greater the uncertainty, the lower the willingness to spend,” said Morningstar analyst Jaime Katz.

About 25 percent of cruise passengers overall come from continental Europe, she said, and about 8 percent from the United Kingdom, so a good chunk of Carnival’s business could be affected by that uncertainty.

The industry is flexible, though, Katz said.

If demand looks weak in Europe, “maybe they say, ‘forget it, we’re going to take two less ships to Europe at the end of next summer, and we’re going to move them to the Caribbean where demand seems to be stable,’” she said.

Analysts expect Brexit to come up in lots of earnings forecasts and investor calls in the coming quarters.

“Not that these companies are going to have a solid handle on what it necessarily means for their business, if anything, but they will definitely be throwing the caution flag out there,” said Scott Wren, senior global equity strategist at the Wells Fargo Investment Institute.

Some, he predicted, will use Brexit as a scapegoat for poor performance – whether justifiably or not.

“It could very well really not be the key to poor performance,” he said. “It’s something that is going to come up time and time again.”

This story is updated to reflect Carnival’s CEO statement and earnings report.