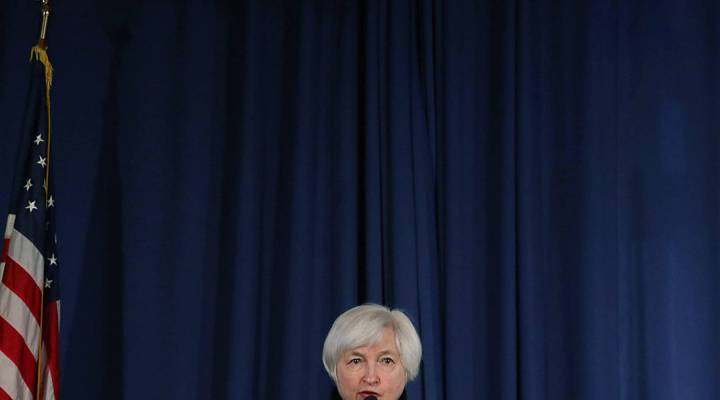 The final votes were tallied early Friday morning and the U.K. voted to leave the European Union, rattling global markets. Here are the official statements about the news from major U.S. players:

The Federal Reserve is carefully monitoring developments in global financial markets, in cooperation with other central banks, following the results of the U.K. referendum on membership in the European Union. The Federal Reserve is prepared to provide dollar liquidity through its existing swap lines with central banks, as necessary, to address pressures in global funding markets, which could have adverse implications for the U.S. economy.

We respect the choice the people of the United Kingdom have made.Our first task has to be to make sure that the economic uncertainty created by these events does not hurt working families here in America. We also have to make clear America’s steadfast commitment to the special relationship with Britain and the transatlantic alliance with Europe. This time of uncertainty only underscores the need for calm, steady, experienced leadership in the White House to protect Americans’ pocketbooks and livelihoods, to support our friends and allies, to stand up to our adversaries, and to defend our interests. It also underscores the need for us to pull together to solve our challenges as a country, not tear each other down.

The people of the United Kingdom have exercised the sacred right of all free peoples. They have declared their independence from the European Union and have voted to reassert control over their own politics, borders and economy. A Trump Administration pledges to strengthen our ties with a free and independent Britain, deepening our bonds in commerce, culture and mutual defense. The whole world is more peaceful and stable when our two countries – and our two peoples – are united together, as they will be under a Trump Administration.

Come November, the American people will have the chance to re-declare their independence. Americans will have a chance to vote for trade, immigration and foreign policies that put our citizens first. They will have the chance to reject today’s rule by the global elite, and to embrace real change that delivers a government of, by and for the people. I hope America is watching, it will soon be time to believe in America again.