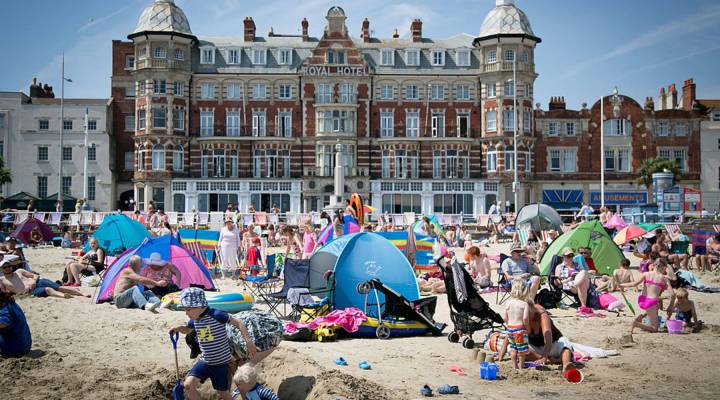 The immediate aftermath of the United Kingdom’s vote to withdraw from the European Union saw a plunge in value of the pound sterling to the lowest levels compared with the U.S. dollar in 30 years. That favorable trade rate has led to speculation that vacations to the country may be especially favorable for Americans this summer.

Vox, for instance, updated its vacation index to list the country as the third most favorable destination in terms of value.

Americans hoping to capitalize on a stronger dollar by visiting the U.K. may find their plans aren’t easy to implement, however, because of the difficulty in reaching it.

It’s unclear how much demand there is for international air tickets because of Brexit. Spokespeople for Orbitz and Expedia (which bought Orbitz last year) would not comment on flight bookings and inquiries, releasing only the written statement:

“The U.K. is a popular travel destination for Americans today, and we expect this to continue irrespective of the U.K.’s EU membership.”

Still, there’s reason to believe securing flights to the U.K. will be difficult, considering that airlines scaled back flights in the wake of continued economic uncertainty, as well as recent terrorist attacks in major European cities.

“Yes, the pound and the euro both have lost value against the dollar, making the dollar stronger,” said Henry Harteveldt, founder of Atmosphere Research Group. “Good luck getting to Europe, because the airlines already ratcheted back flights and capacity to Europe for the summer, and they’re not planning to increase capacity for the remainder of the summer.”

He said gains from a strong U.S. dollar would be partially offset by the increased cost in making it to Europe.

“Because airlines have been very aggressive in managing the number of seats they have to Europe, it’s not easy to get last-minute tickets, and if you find them, they’re not inexpensive,” Harteveldt said. “You have to do a lot of work to find a fare to Europe on a major airline that is going to be substantially less than a thousand-dollars roundtrip in economy.”

In the longer term, a U.K. withdrawal from the European Union will necessitate rewriting international travel agreements between the entities. Those agreements could have impacts on airline alliances such as Oneworld, which connects the routes of several carriers, including American Airlines and British Airways.

“What they permit is the carriers involved to do something that they can’t normally do, which is to talk with each other about how to set capacity levels and how to set pricing,” said Robert Mann, who provides analysis and consulting for the airline industry. “Normally, airlines can’t do that. It would be a violation of antitrust rules to do so.

“You would have to put those open-skies agreements in place for the Oneworld agreement and the joint venture to continue, so there will be some interesting negotiations that are required to provide some continuity for that joint venture,” Mann said.

Such negotiations would take at least a couple of years to work out, Mann said, and whatever results would likely mirror the conditions currently in place.

“The likelihood is that they do come to an agreement where those conditions are preserved, albeit in a different form,” he said. “It’s just a matter of sitting down, thinking it over and the determining how to create those conditions.”