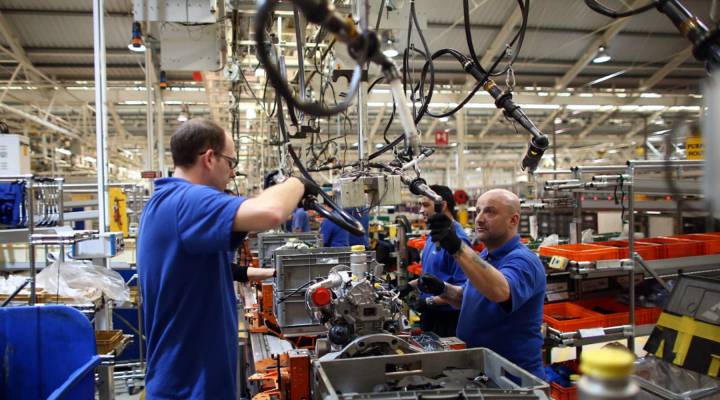 COPY
An employee works on an engine production line at a Ford factory in Dagenham, England.  Carl Court/Getty Images

An employee works on an engine production line at a Ford factory in Dagenham, England.  Carl Court/Getty Images
Listen Now

This story has been updated to reflect the results of Thursday’s Brexit vote.

The U.K. is about 4,000 miles away from the U.S., but its decision to leave the European Union has the potential to affect U.S. suppliers with operations there.

Jim James is CEO of Ideal Industries, which makes electrical supply equipment and hand tools, among other things. They do some manufacturing in the U.K. and sell into Europe. Ask him about Brexit and he has questions: “Will there be restrictive free trade? Will our employees be allowed to move around freely?”

He knows that when the U.K. leaves Europe, it also leaves all the trade deals between European countries. U.S. companies manufacturing in the U.K. leave those deals too. Trade barriers could be enacted.

To the extent that concerns over Europe’s future lower investment in the EU, “any U.S. company that has got significant operations in the U.K. selling into Europe has to be worried about changes in the business climate,” said  Jim McDonald, chief investment strategist at Northern Trust.