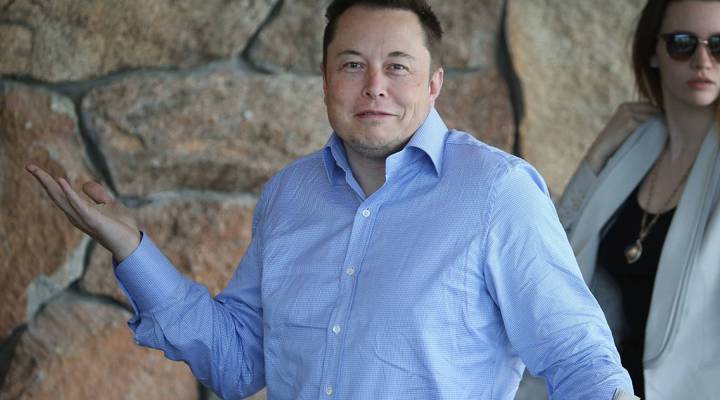 It’s kind of like a car company buying a construction company. But Tesla’s website calls itself an “energy innovation company.” SolarCity is a “full service solar provider.” So, if this deal goes down, there’s got to be some synergy here, right?

Robert Michaels, professor of economics at California State University at Fullerton, said he’s full of questions about the deal.

“I don’t see what the point is because you don’t have any of the usual rationales,” he said. “In fact, you’ve got some good rationales for not putting them under central control.”

Michaels said the classic reason companies merge, or vertically integrate, is to cut costs. And that’s not what’s going on. Right now, these are two vastly different companies. A fairly simple comparison would be Ford merging with ExxonMobil.

But there’s a lot of other stuff going on here. SolarCity is run by two of Elon Musk’s cousins, and Musk owns almost a quarter of the company’s stock. He’s Tesla’s CEO and SolarCity’s chairman. As a result, he won’t vote on the merger. Ben Kallo, senior research analyst at Robert W. Baird, said this move might make sense in the long run, but he has doubts about the immediate fallout.

“In the short term, this is something that Tesla shareholders and me included as an analyst here, kind of scratch your head and say, ‘why now?,’” he said.

The proposal would be an all-stock deal, and SolarCity’s price has fallen about three quarters from its peak in early 2014.

“The ‘why now’ could be because Elon thinks shares are undervalued,” he said. “So now’s the right time to buy it versus the market recovers a bit and it becomes more expensive”

Which makes this sound like a classic Elon Musk move. Looking to the future and leveraging a lot of other people’s money, betting that people who want electric cars and solar power are one and the same.