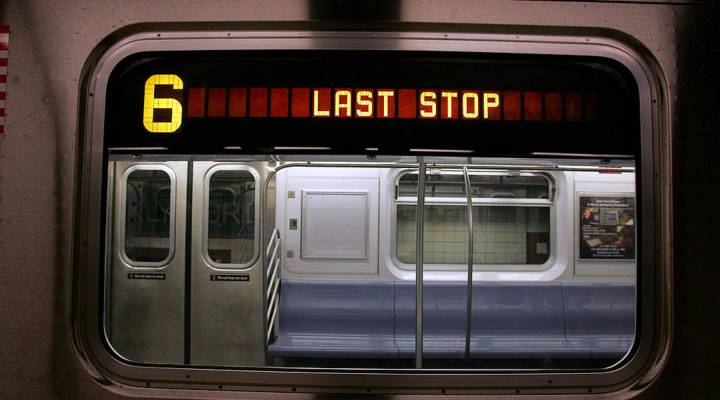 The flooding is just the latest in a series of issues for the metro system. The Washington Metro Area Transit Authority started rail shutdowns this month as part of its SafeTrack plan, a comprehensive safety overhaul of the crumbling public transit infrastructure. The agency is closing sections of the line at a time to perform major rail repairs. District commuters are finding other ways to get into the capital, bringing in influx of traffic on the roads, crowded platforms and longer wait times.

But D.C. isn’t the only place struggling to maintain its public transportation systems.

“It’s a big national problem,” said Robert Puentes, President and CEO of Eno Center for Transportation. Which systems are in the worst shape right now? It’s difficult to say, he said. The need for repair depends almost entirely on how old the transit systems are.

The oldest systems exist in major metropolitan areas in the Northeast and Midwest. Many of these legacy systems have undergone massive repairs already — Chicago closed its Red line ‘L’ train for nearly six months of repairs in 2013. Philadelphia is in the midst of a $5 billion overhaul of its SEPTA system. While many of these systems may be functional right now, they’ll continue to need massive investments simply because of the age of the system.

Then there are the systems that are reaching middle age. These systems, like Miami, Atlanta and DC, were built in the 1970s and ’80s.

“[They] are reaching the end of their useful life of their first generation of investments,” Puentes said.

The newest transit systems, like those in Denver and Los Angeles, are probably in the best shape right now. But that doesn’t mean they’re without huge costs. In those areas, transportation departments already have plans to reinvest in the current systems. In LA, that means putting $1.5 billion into its newly opened Expo Line expansion.

“They’re trying to get in front of what a place like Washington didn’t do,” said Puentes. “Now that we’ve built it, how do we keep it from falling apart?”

According to Puentes, every major city has billions of dollars’ worth of needs. Every system in the U.S. probably needs a little TLC, but here are some of the worst places for public transportation based on the repairs needed and the level of reliability:

Washington D.C.: The D.C. safety surges are expected to run until March 2017, leaving commuters waiting on crowded platforms or finding other ways to get to work. According to the WMATA, it’s estimated to cost $60 million — and that’s only the SafeTrack initiative. In their Momentum strategic plan, Metro lays out a 2025 plan to improve the rail, with an estimated cost of more than $6 billion.

San Francisco Bay Area: The Bay Area Rapid Transit (BART) tracks, like many other metropolitan transit systems, were first installed in the 1960s and ’70s. This year, BART unrolled a series of plans to update new train cars, repair the rails and expand the lines. The work is expected to take 21 years beginning in the next fiscal year and will cost an estimated $3.5 billion, according to their System Renewal Program Plan.

New York: Superstorm Sandy did some serious damage to New York’s subway system, flooding tunnels that carry thousands of passengers daily with saltwater. While some of the repairs have begun, the work is far from over. In 2019, MTA plans to close the ‘L’ train, which utilizes the Canarsie Tunnel, for up to three years with $800 million in repairs. This is, of course, in addition to other Sandy recovery work.

Baltimore: The Maryland Transit Authority planned on investing $2.3 billion in their MARC Train Service, a commuter line that services D.C., Maryland and Virginia. In addition, MTA will shut down some of its metro service for three weeks later this summer.

Boston: In its 21st-Century Transportation Plan, Massachusetts suggested nearly $3.4 billion in repairs to the Massachusetts Bay Transportation Authority over the course of 10 years. That number doesn’t include planned expansions to the MBTA system to get more commuters into the city. Some of the projects are underway now.