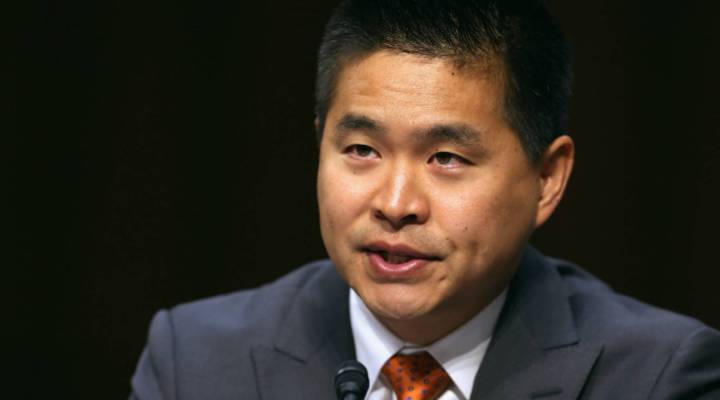 There’s going to be a new fully fledged stock exchange after some nail-biting suspense and intense opposition from existing stock exchanges. The IEX exchange, which the Securities and Exchange Commission approved on Friday, is designed to prevent rapid-fire traders from having the upper hand. Co-founder Brad Katsuyama — protagonist of “Flash Boys,” the bestselling book about high-frequency traders — is celebrating the long-fought regulatory approval. Katsuyama joined us to chat about his victory and what’s in store for the IEX.

The problem that the IEX exchange is trying to solve:

The heart of the problem is that the stock exchanges … used to kind of be viewed as these utilities that just matched buyers and sellers. And as technology morphed the exchanges and evolved the exchanges, what they started to do is they started to sell high-speed data and high-speed technology that allowed certain participants to find out about trades before others, and to react to those trades before other groups even knew that the trades existed. And it created a class system in the market, with speed being the biggest differentiator.

On serving as a “speed bump”:

It’s funny it’s called a speed bump, because it measures 350 millionths of a second. One one-thousandth the speed of you blinking your eyes. So it’s not perceptible to any human, it’s not a time scale that any normal investor would even care about, but it’s a critical amount of time for certain traders who are looking to pick up signals and race ahead of existing orders. So the whole debate really revolved around 350 millionths of a second and who that matters to and who it doesn’t.

The next steps for IEX, now that regulators have said yes to it:

Long-term liquidity is missing in the markets, which actually creates a lot of volatility. High-speed data, high-speed technology — these are all things that the exchanges are selling. It creates short-term incentives. But when the market’s volatile, you can’t pay someone enough to stand in front of a volatile market. And when they pull out, the long-term investors have migrated to off-exchange platforms, like dark pools, etc. Nobody’s left. And what we’re trying to do with IEX is bring long-term investors back into the public markets to create a more robust market. It’s funny, the opposition was spreading all sorts of misinformation about, “Oh, IEX is gonna harm market quality.” In this case, slower, in many ways, allows for people to feel safer and provides protection. And I think that’s the way to get long-term liquidity back into the market. Don’t use them as prey, protect them.