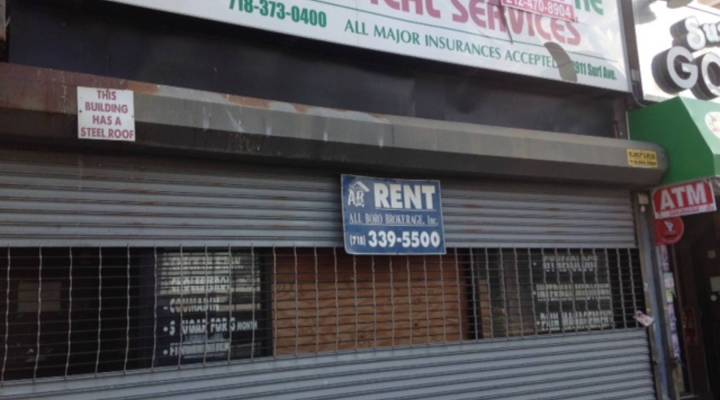 The U.S. Department of Justice announced the largest crackdown of Medicare fraud in Medicare’s history Tuesday.  In a three-day sweep that started Monday, law enforcement officials have charged 300 people for defrauding Medicare and Medicaid in schemes totaling $900 million dollars. Marketplace’s Dan Gorenstein was with federal agents on one of the fraud raids this week and looks at efforts underway to get ahead of these fraud schemes.

The sun has just come up here in Brooklyn.

“This investigation is what we call the Pikus investigation,” Agent Scott Lampert with the Office of the Inspector General at the U.S. Department of Health and Human Services huddles his team together.

“The case has been going on about eight years. In about five minutes we’re going to head out to various parts of Brooklyn. Okay. Good luck, we’ll see you soon.”

As innocuous looking sedans and dark SUVs get rolling, the plan is to arrest five subjects all tied to one guy – Aleksandr Pikus.

OIG’s Tom O’Donnell said Pikus is “somebody we’ve heard about for a long time. Sort of a mastermind.”

Pikus was arrested and arraigned Monday and  charged with money laundering, tied to more than $80 million dollars in false billing.

O’Donnell said on paper Pikus was the guy who billed Medicare and Medicaid for clinics running schemes.

“But Aleksandr Pikus took it to another level where he was the consultant for some of these clinics and could teach them how to defraud Medicare and Medicaid,” he said.

In court, Pikus pleaded not guilty.

Pikus’ court-appointed attorney Joel Cohen said “by entering a ‘not guilty’ plea he essentially denied his guilt of the charges contained in the indictment.”

Pikus is just one of several hundred people targeted in this week’s sweep.

But OIG says the fact officers finally had enough to charge him, after chasing him for nearly a decade, means the office is getting better at going after the bad guys.

“I think the thing that really is different is the speed with which we are able to do our jobs,” said Ann Maxwell of OIG.

In the last five years, Maxwell says the team has gained access to real time data for Medicare and Medicaid.

They have hired a chief data officer, and expect to add ten staff to that office this year. OIG has more than doubled the number of field agent requests for data analysis. In other words, agents on the street have more up-to-the-minute information than ever before.

“In the past when we didn’t have the kind of computing capability that we do now, trying to determine a national scope, could take weeks, months, sometimes even years,” said Maxwell. “Now we are talking about a couple of hours.”

Those familiar with the program acknowledge that could much, much higher.

Sparrow doubts much will change until controls are put in place that make it harder to exploit the current automated billing system which processes claims, in most cases, by computer with no human involvement.

“These are beautiful targets from a criminal’s perspective,” he said.

“You can test the system and then you can just submit tens of thousands of claims, absolutely sure because it’s automated that they are all going to be paid.”

This is what the feds allege Pikus did:  learned to play the system and walked away with millions for the effort.

But that more sophisticated data also makes it perfectly clear there are tons of fish in this sea, and OIG only has so many nets.