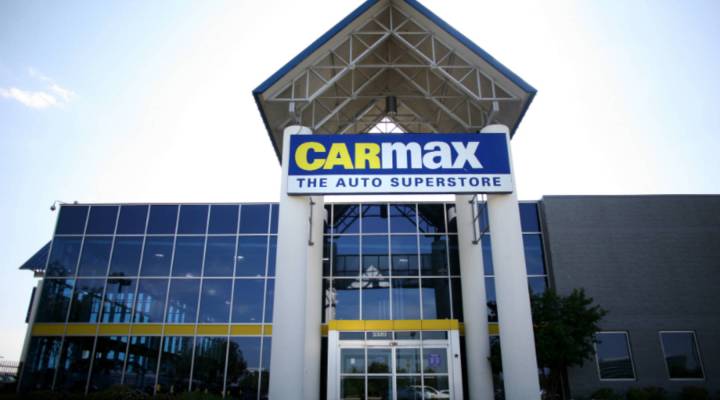 State franchise laws insulate retailers of new car sales from the saturation of apps trying to sell something shiny, but when it comes to used cars, there aren’t the same securities. Pressure from companies like Vroom and Carvana that use apps as the primary, low-overhead method to secure used-car sales could make it seem like a rough road is ahead for operations that favor brick and mortar. However, CarMax is demonstrating that modern tech alone doesn’t always come out on top.

With a new car, you might know what to expect and feel more comfortable buying online, but Healy notes used cars are different.

You might even want to kick them, or make sure the last owner wasn’t a smoker. CarMax has done a good job balancing tech and tradition, said Healy. It allows consumers to browse online and shop in person.

CarMax said it updates both its website and app throughout the day. Potential buyers can use the company’s app to scan barcodes on cars in the lot and find out if they were involved in an accident or part of a recall.

“Much more of the shopping decision is going online,” Healy notes. “And consumers are coming into CarMax’s store and saying, ‘Hey I saw, 30 cars online and I’ve narrowed it down to three and I want to look at those.”

Dave Sullivan, an analyst with AutoPacific, an automotive research and insight firm, agrees CarMax is doing well. He said CarMax has managed to do something special for a used car brand.

“They’ve built a reputation of trust with consumers,” he said. “Trusted brands in the used car business — I mean — they really are just two things that don’t go together.”

CarMax offers a guaranteed return policy and Sullivan said even as more consumers choose to lease, that just means a new crop of cheap, used cars are coming down the road for CarMax to sell.