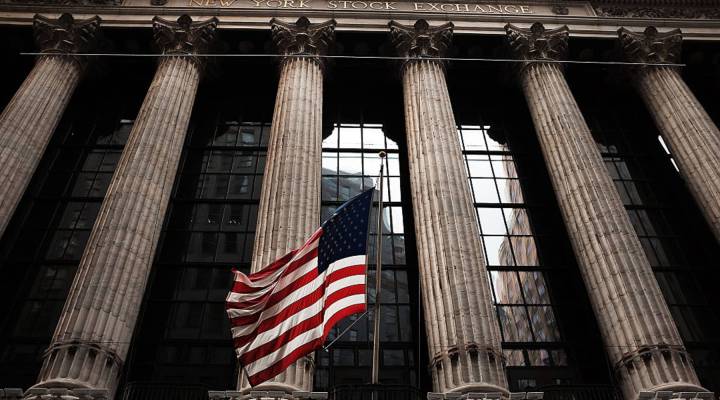 The past decade has seen an explosion in one particular type of investor: the activist shareholder. These are powerful hedge fund managers who make a lot of noise in corporate boardrooms. To some, they’re the squeaky wheels of Wall Street.

“They can threaten to take over the company,” said Adam Zurofsky, a corporate attorney who teaches at the Fordham University School of Law. “They can threaten to maybe throw out the directors and officers. Hostile takeovers. And because of that pressure, a lot of managers and directors feel they’re better off following the advice or interests of those investors.”

These investors, like any other, want to maximize returns. Sometimes they break up companies to do it. Consider the case of Timken Steel, which has manufactured steel and bearings for generations in Canton, Ohio.

One activist hedge fund, Relational Investors of San Diego, pressured the company to split in two over management objections. The rationale: Separating the parts might boost the aggregate stock price and “unlock value” for the firm and shareholders. Management objected.

In the end, Timken agreed to split up. The hedge fund investor cashed out soon after. But the two companies went on to lose half their collective value a year later. Timken slashed investments and pared retirement contributions. This is what can happen when an activist buys a stock and starts circling.

Indeed, the shark metaphor often seems to apply to activist investors, fairly or not. One database of such hedge funds is called the Sharkwatch 50. Corporate executives and directors can monitor them at sharkrepellant.net. These are not always the popular kids at school.

But here’s a surprising reveal: The “shark” in the Timken Steel case was funded in part by teachers, specifically the California State Teachers’ Retirement System, or CalSTRS. Increasingly, this type of Main Street money is funneling billions into activist funds.

“The reason so many people are talking about them is because very, very large checks have been written over the last 10, 15, 20 years by public pension plans,” said attorney Timothy Spangler, who advises investment funds and is research director of the Lowell Milken Institute for Business Law and Policy at UCLA.

Pension plans have payment obligations to retirees, yet often don’t invest enough — or have adequate returns — to meet them.

“The returns on those investments,” Spangler said, “are far below what they need to be earning in order to fulfill the promises, the retirement benefit commitments, they’ve needed to deliver.”

So the problem of activist investors — if it is a problem — may be partly us. Spangler estimates more than half the money in new activist hedge funds comes from pension funds and college endowments.

One reason these “squeaky wheels” get heard loud and clear is because other investors tend to be quiet and passive. These are individual mutual fund investors in the modern retirement era.

“It used to be that you would have some stock in a company, and you’d pay attention to that company,” said shareholder activist Nell Minow of ValueEdge Advisors.

Today, the spread of 401(k) retirement plans has inserted more Americans into the stock market than ever before. Just like hedge funds, working stiffs want the best returns, and most have invested in mutual funds — increasingly index funds that buy hundreds, even thousands of companies. So more and more people don’t know — or care — where their money is.

“Most individuals with 401(k)s have no idea what stocks are in their portfolio,” Minow said. “There are so many levels now between the stock holder and the company.”

These passive investors effectively hand over the shareholder megaphone to activists. This worries many observers, who bring up cases such as that of Yahoo: Four years ago, the company found itself sitting on $4 billion in cash. After pressure from activist shareholders, Yahoo gave most of it back to shareholders by buying back its own shares. The activists exited after a year and a half.

The question is: Could Yahoo have put that money somewhere else?

“They probably could have announced that we’re doing a share buyback or we’re going to develop the flying car,” Zurofsky said. “And I certainly for one would have been happier to see if they could try to see if there was a flying car or something like Google’s doing with the self-driving car. You know, something that could have made a real difference to the world rather than to the pocketbooks of some particularly squeaky investor wheels.”

The case raises questions of short term over long term. The more shareholders extract from a company, the less money left to put into the company. Yahoo is now selling its core businesses.

“You wonder if the employees who are now going to be facing layoffs, if the future products and services they could have provided, that society won’t have now, might have been benefited by some other use of those assets,” Zurofsky said.

Put another way, if American companies don’t invest longer term, how will they develop the products and technologies of tomorrow?

Another concern: Activist fund managers face built-in incentives to take giant risks — to blow up companies, or merge them, or dump the board. Money managers stand to make billions if they bet right. If they bet wrong, their clients lose money, but the fund managers still earn their management fees.

Activist hedge funds have responded aggressively in their own defense. One study from Harvard Business School suggests activist shareholders actually improve multiyear stock performance. There’s evidence they buy and hold shares for years rather than months. And, like any stockholders, activist investors have a right to vote and hold companies accountable.

“We need another set of eyes on what’s happening inside the company,” said Georgetown University finance professor James Angel. “So when the activists spot a company that is not maximizing its shareholder value, they’ll step in and try to make changes.”

So the debate goes on over this booming financial creature known as the activist shareholder — a creature in a system we all helped create.