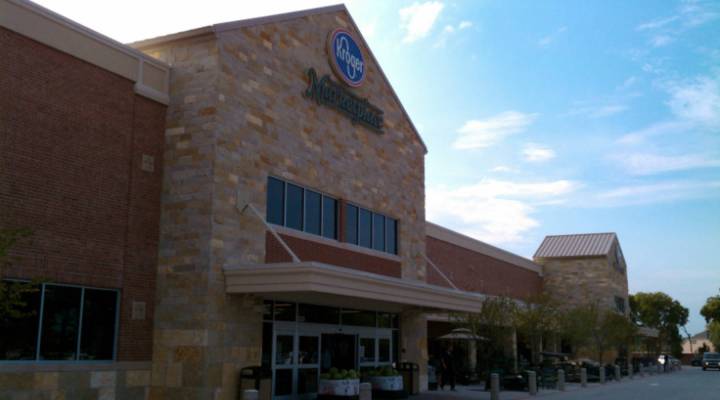 COPY
Through Kroger's ClickList service, you can pick up groceries that you ordered online. Jonesdr77/Wikimedia Commons

Through Kroger's ClickList service, you can pick up groceries that you ordered online. Jonesdr77/Wikimedia Commons
Listen Now

Why drag your screaming children through the aisles of a grocery store, like a swarm of small chubby locusts gnawing on things you don’t want to buy, when you can just have all your groceries waiting for you to pick up? It’s a question Kroger is asking (though probably not in that way) in at least a dozen markets.

The grocer, one of the biggest in the country, is planning on going “all-in” on its ClickList service, which allows customers to order groceries online and then pick them up at a store for $4.95, according to CEO Rodney McMullen. The company will expand the service to at least 12 markets.

“The elephant in the room, which is Amazon,” according to Mike Griswold, research vice president at Gartner. Amazon is moving into online grocery — offering fresh groceries in particular — and that’s a threat to pretty much everyone in the business.

ClickList is hoping to outsmart Amazon by giving customers the option to set their own pickup time. No waiting around for a home delivery.

The thinking among major grocers these days, Griswold said, is “move as quickly as possible.”

Every major grocery retailer in North America is at least toying with the idea of digital grocery, he said. Wal-Mart and Whole Foods are already offering similar services in some markets.

“Online grocery could grow from 2.5 percent of the industry today to 8 percent or $100 billion in sales by 2025,” according to Mark Wiltamuth, managing director at the investment banking firm Jefferies.

The sooner Kroger rolls out these services, the more it will benefit.

“In markets where they are the first, two-thirds of the online business will be new business for them,” said Bill Bishop, chief architect at Brick Meets Click, a research-oriented consultancy focusing on the future of food retailing.

We might need a price check for disruption on aisle 5.