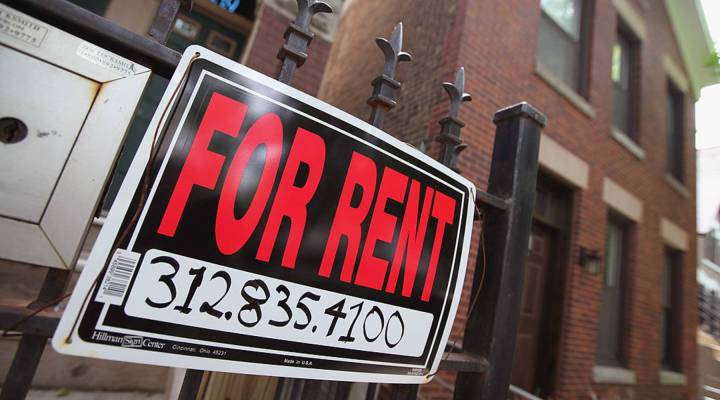 Rent prices are on the rise as city-living increasing in popularity with millennials.  Scott Olson/Getty Images

Rent prices are on the rise as city-living increasing in popularity with millennials.  Scott Olson/Getty Images

The suburbs are losing their appeal, especially with young Americans.

And cities have never been so popular, says Mark Willis, senior policy fellow at NYU’s Furman Center for Real Estate and Urban Policy.

“So, there is a focus of demand on some subset of cities,” said. “It’s something that we haven’t seen for a long time.”

He said that means we’re allocating more income to pay for housing.

“All the measures of the burden of people from rents is increasing across all of our major metropolitan areas,” he said. “And it’s not just low income, it’s up into the moderate and middle income areas.”

Christopher Palmer, an assistant professor of real estate at University of California, Berkeley, said this certainly opens up opportunities for developers, but the majority of those developers are building expensive housing.

“If you are a developer in one of these markets and you finally are able to pony up for all of the land, with construction costs being what they are, you’re going to build the thing that is going to be most financially feasible for you,” he said. “And it just doesn’t pay right now to build workforce housing.”

Frank Nothaft, chief economist at Core Logic, said believe it or not, the old location thing still matters, too.

“In some markets there’s been a lot of new rental that have come onto the market and in those areas we’re seeing some moderation,” he said. “But overall, nationwide, there’s still very strong rental demand.”

That strong demand is great news for developers, but it also seems there’s no relief on the horizon for middle class renters still struggling with a perpetually increasing rent burden.