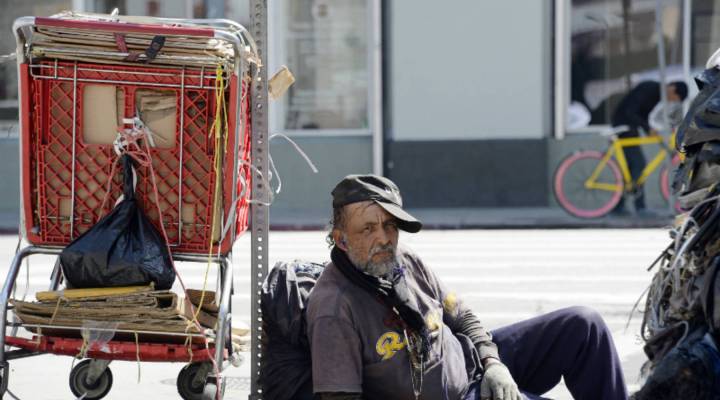 Los Angeles County has some 47,000 homeless people. For a bit of context, the whole state of California has about 115,000. L.A. County spent almost $1 billion on homeless adults last year. L.A. Second District County Supervisor Mark Ridley-Thomas, who is spearheading a proposal for state emergency funds, said there’s no doubt in his mind that this is an emergency.

“The crisis is upon us, and it’s worsening as we speak,” he said.

The proposal asked for access to $500 million in state funds. There’s also been talk of hiking taxes on people making more than $1 million per year to help fight the problem.

Josh Leopold, a research associate in the Metropolitan Housing and Communities Policy Center at the Urban Institute, said homelessness — especially in Los Angeles — boils down to access to affordable housing. Access to funding is a solution to only one part of the problem.

“A secondary challenge is blending all these different funding sources together and coordinating them,” he said.

Gary Blasi, a law professor emeritus at UCLA, said there’s yet another issue.

If the proposition gets onto the ballot in November, it’ll need two-thirds voter approval to pass.