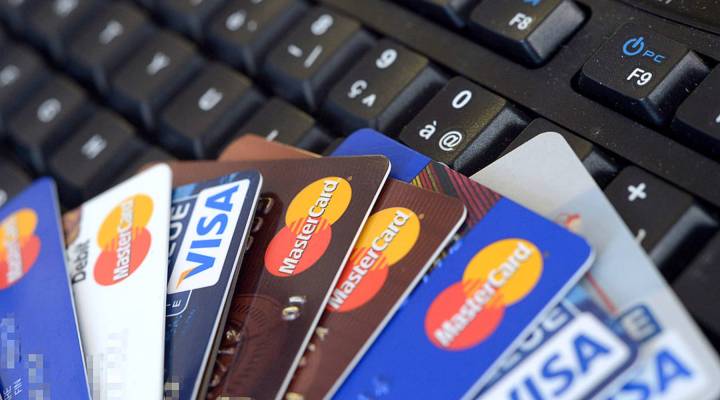 COPY
Some banks may be lending to consumers who shouldn't be borrowing. DAMIEN MEYER/AFP/Getty Images

Some banks may be lending to consumers who shouldn't be borrowing. DAMIEN MEYER/AFP/Getty Images
Listen Now

The biggest issuer of retail store credit cards — a company called Synchrony Financial — said more and more consumers are missing payments. This comes as the percentage of late car loans also ticks up.

One thing about store credit cards is that they’re easy to come by. A few words from the clerk at the checkout and you can apply. Matt Schulz with CreditCards.com said many people who sign up can’t afford to.

“Retail credit cards have much higher interest rates than the average general purpose credit card,” he said. That’s why these particular cards are leading the move into delinquencies.

“Generally speaking, the economy is sound, but we have things like gasoline now up 10 percent,” he said, “at least in my market, it’s up 10 percent from the beginning of the year, and we’re entering summer months, so there are signs that there is deterioration on the consumer side.”

Joel Bines of consultancy AlixPartners said the economic recovery has left plenty of consumers behind. And lately banks have gone back to their pre-recession ways, lending to people who shouldn’t be borrowing, whether it’s regular credit or car loans, because they make money off them.

He said we’re not looking at another situation as dramatic as the housing crisis. But he added banks are gambling on economically strapped consumers — and some investors are going to be left holding the bag.