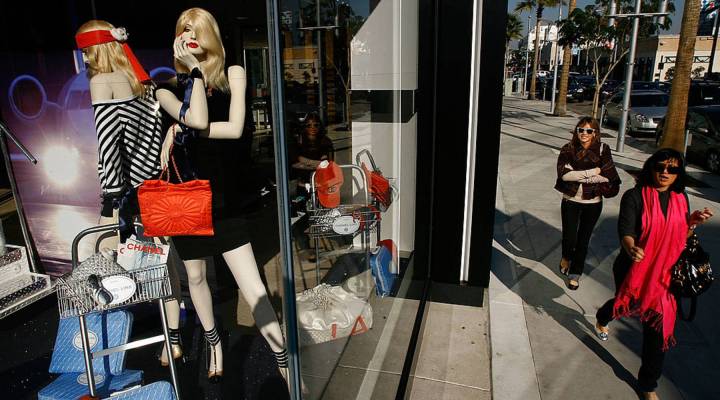 Many well-known brands come from companies that have little to no female representation within their leadership, according to a database released Tuesday.

Created by LedBetter, a volunteer-driven research group, the index tracks gender equality among the boards and executive teams of companies, and covers 2,000 brands. It found that, on average, women make up about 20 percent of the leadership at these companies.

The survey from LedBetter found that, on average, women make up about 20 percent of corporate leadership. (GIF inspired by Laura Olin)

While a lack of female leadership in corporations may not come as a surprise to many, LedBetter co-founder and CEO Iris Kuo said she hopes the information will help consumers make more informed purchases.

“We wanted to have a complete picture of who was really in charge of these companies,” she said. Kuo said she was inspired by a 2013 Washington Post interview with former Wall Street analyst and financial services executive Sallie Krawcheck, who noted that this kind of consumer information was missing.

“I’ve had numerous groups of women say to me they would stop buying from a company if they understood what their gender makeup was,” Krawcheck said at the time. “That information’s not available. With technology, people are going to become much smarter consumers, and so there will be pressure coming from different places.”

Brands in the index ranged from fashion names like H&M and Gap, which rank No. 1 and 2 respectively, to health care companies like Anthem (No. 160) and UnitedHealth Group (No. 128). Tech giant Samsung had no female representation in any of its leadership, ranking it at No. 222, while its rival Apple ranked No. 155. The index incorporates companies from the Fortune 100 and Forbes Most Valuable Brands lists, but also includes other publicly traded companies.

Gender equality in corporate America is often talked about in academia and in media. Researchers even say diversity is important to a company’s bottom line. In February, a study of 22,000 publicly traded companies in 91 countries found that having women in leadership increased profitability. The call for diversity is happening in many industries, with recent pushes in tech, Hollywood and sports. And just last month, the Associated Press released a survey that found only 17 of the 324 CEOs surveyed were women.

LedBetter’s overall findings echo that messaging. The volunteer-driven group attempts to create a record that can point specifically to how companies may miss the mark on gender equality.

Coty, a company that owns several brands that market to women, has no female representation on both its board and executive team. Coty’s brands are among the most recognizable consumer products: Rimmel makeup, Sally Hansen and Philosophy beauty products, and fragrances by celebrities like Beyonce, Katy Perry, Halle Berry and Jennifer Lopez .

A screenshot of the Coty compnay brands page. Coty had one of the lowest rankings on the LedBetter Gender Equality Index.

Marketing shapes culture and who sits on a board or executive team matters when it comes to making decisions about how to market to consumers, Kuo’s co-founder Camille Ricketts said. She pointed to toymaker Mattel as an example. Thirty percent of the company’s board are women, but the executive team has no women at all, placing the corporation near the middle of the list with a rank of 170.

“How does that shape how Barbie has culturally evolved and how Barbie is positioned to market to young women?” said Ricketts, who also serves as LedBetter’s Chief Marketing Officer.

When looking into the executive team at L Brands, the company that owns brands like Victoria’s Secret and Bath & Body Works, Kuo said she did not expect the jarring contrast on the group’s corporate governance page: models in skimpy lingerie featured above the list of all-male executives. The company’s board of 12 has two female members. It was a surprise, initially.

While the index only covers publicly traded companies, Kuo said she hopes they can gain more resources to expand the database to private companies as well. See the index here.

Correction: An illustration in a previous version of this story contained an error. The story has been updated. 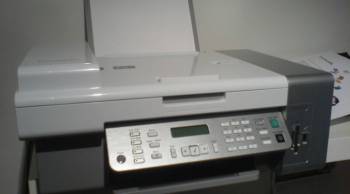 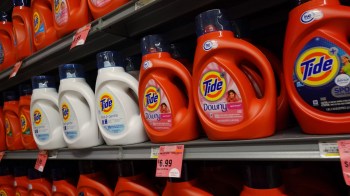