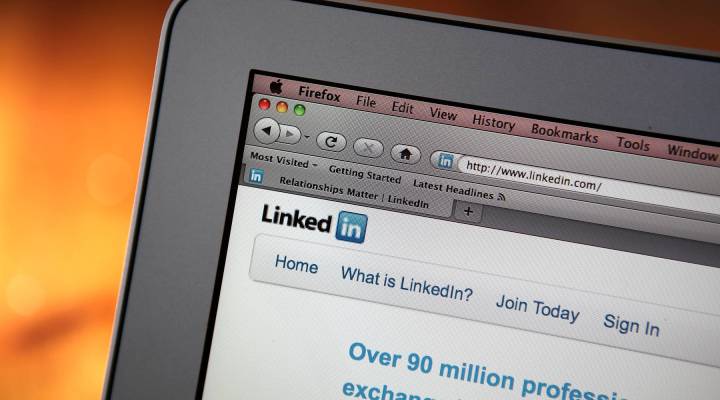 Microsoft announced Monday that it will pay $26.2 billion to acquire professional networking service LinkedIn, in a deal expected to go through by the end of the year. It would be one of the biggest tech acquisitions ever, and Microsoft’s largest by a long shot–all to acquire a company that’s growing rapidly, but struggling to profit from that growth.

The two companies are aiming high: in a call with investors today, LinkedIn CEO Jeff Weiner said their long-term vision is to change how work happens, to “help transform and lift the global economy.”

Weiner and Microsoft CEO Satya Nadella say in their vision, every working person will have a LinkedIn profile, and employers all over the world can find who they want, when they want. Between a social network for employees and a network that can be used for sales and marketing, Weiner said, the combined companies will “allow capital, all forms of capital: intellectual capital, working capital and human capital, to flow to where it can best be leveraged.”

All this assumes a global future in which people come and go from jobs even more than they do now.

“Freelance work and working on-the-fly jobs is definitely on the rise,” says Arvind Malhotra, a professor of strategy and entrepreneurship at the University of North Carolina business school. He says Microsoft seems well-aligned with LinkedIn, but the execution may still be difficult, and Microsoft will need to allow LinkedIn to remain innovative and flexible. “Can those two cultures reside side-by-side?”

Mary Shea, an analyst at Forrester, agrees that it’s all about the execution, but she says the acquisition fits with the direction Microsoft is taking towards providing software and services to employers as its primary business.

“I think it’s a fantastic and bold move for Microsoft,” Shea said. The vision is to hook up LinkedIn and its 433 million users with more than a billion users of Microsoft Office into a giant social network Microsoft can eventually monetize–creating new tools for employers, salespeople and hiring managers along the way. “It puts Microsoft into a really terrific position to compete against some of the big players, Facebook, Google and Salesforce, as they go into the 21st century.”

Microsoft CEO Satya Nadella has a lot riding on this. If the whole thing doesn’t gel, he might need to work on his own LinkedIn profile.