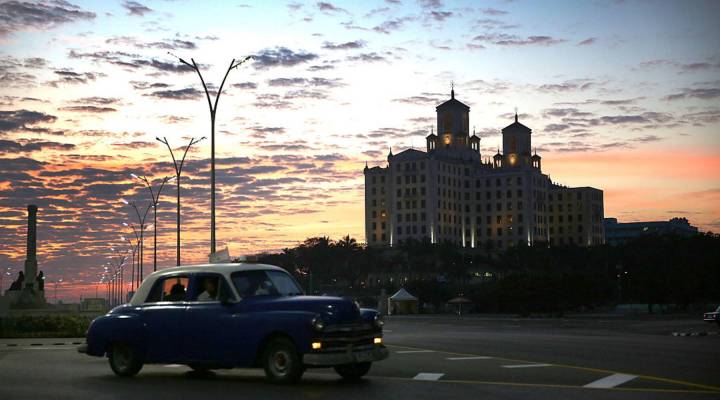 COPY
"House of Lies" is the first scripted show to film in Cuba since relations were restored. Joe Raedle/Getty Images)

"House of Lies" is the first scripted show to film in Cuba since relations were restored. Joe Raedle/Getty Images)
Listen Now

After five seasons, Showtime’s “House of Lies” ends this weekend, with a first. The final episode is  the first American scripted TV show to shoot in Cuba since diplomatic relations were restored.

The show also marks the beginning of a Hollywood rush. “Fast & Furious 8” filmed scenes on the island. “Transformers: The Last Knight” has too.

The “House of Lies” finale is is called “No Es Facil”— Spanish for “it’s not easy”  and a fitting description for filming in Cuba.

For more, listen above.