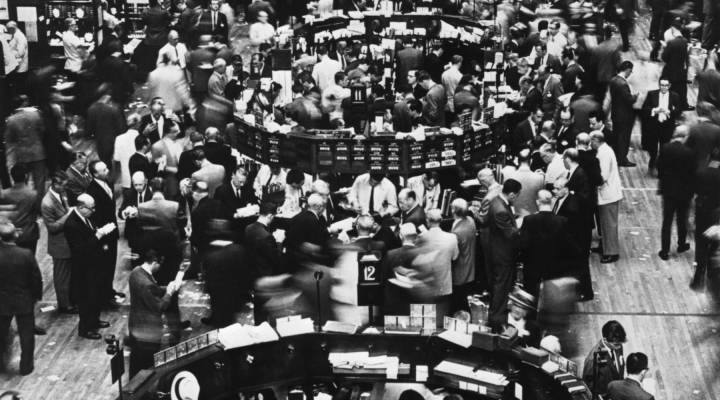 COPY
"They're sort of cultivated and come to understand themselves as the smartest guy in the room," says anthropologist Karen Ho of Wall Street culture. William Lovelace/Express/Getty Images
The Price of Profits

"They're sort of cultivated and come to understand themselves as the smartest guy in the room," says anthropologist Karen Ho of Wall Street culture. William Lovelace/Express/Getty Images
Listen Now

Karen Ho is an associate professor of anthropology at the University of Minnesota and the author of the ethnography “Liquidated.” She’s spent years studying the culture of Wall Street. She spoke with Marketplace’s Kai Ryssdal.

On the people and culture in Wall Street:

They undergo an intense socialization process, where by they’re sort of cultivated and come to understand themselves as the smartest guy in the room. So the larger institutional culture in which they’re embedded, on the one hand, they constantly recite the mantra of shareholder value. On the other hand, they’re socialized into the context where they experience a constant expiration date to their own jobs. I’ll be gone, you’ll be gone. Then the third layer is that they’re paid mainly on the number of deals they’re able to push through, the number of deals they’re able to execute and not on the quality of their deals. So if you’re compensated based on the quantity of deals, and you’re not going to be at your job for very long, and you understand yourself to be the smartest guy in the room and legitimated as a global adviser, it’s not surprising that your strategy is to ride the wave for as long as you can and, in a sense, not have a long-term outlook.

On the effects of the 2008 financial crash:

Major Wall Street financial institutions recognized that precisely because average Americans were the ones holding pension funds, and retirement accounts, and mutual funds, and money market accounts, that that kind of global interconnection helped to demand their bailout. What I would argue is that the bailout also bailed out these problematic cultural practices.

On the possibility of change on Wall Street:

You know, there are bigger steps and smaller steps that one can take. One is certainly to change the policy landscape so that Wall Street financiers and investors are actually measured by what happens five to seven years from now, as opposed to yearly or quarterly bonuses. So that’s in a sense something many sides can come to the table on.

The minivan is kind of making a comeback this summer