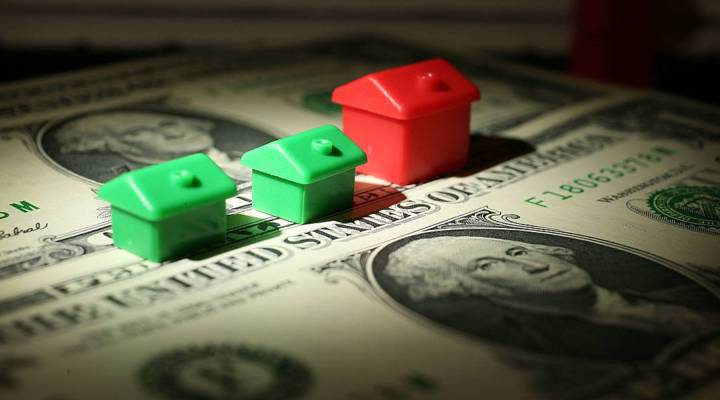 Christopher Furlong/Getty Images
How The Deck Is Stacked

It’s called the “middle-class squeeze” — that feeling that it’s harder and harder for a middle-class family to make it in today’s economy. The median household income in 1996 was $35,492. With inflation, that equals $53,867 today. The median household income in 2014, the latest numbers available, was $53,657. Even with two years of growth, it’s safe to assume the median income hasn’t budged much in nearly 20 years. But what about the prices of everything else? How much more expensive has the middle class lifestyle become?

The U.S. Commerce Department defines the middle class not by incomes, but by aspirations: Home ownership, a car for each driving adult, an annual family vacation, health and retirement savings, and a college education for the kids.

We’ll focus on that stuff along with the basic costs of daily life over a 20-year period. To figure that out, we compared prices from 1996 to 2016, if they were available.

Some of the prices below illustrate the differences between 1995 and 2015 prices, the most recent numbers available. We also adjusted all the prices from 1995 and 1996 to account for inflation using the Bureau of Labor and Statistics CPI Calculator.


Groceries have gone up 4.83 percent. Using data from the Bureau of Labor and Statistics, we determined annual average prices for groceries. We built a grocery bag based on some of the most common items on American’s shopping lists. Click here for a breakdown. Food costs at the grocery store have stayed relatively stable. The prices of ground beef, eggs and tomatoes have gone up, but milk, coffee and bananas have gone down.


Big Macs have gone up by 38 percent. The Big Mac index was created by The Economist. It’s meant to compare currency values of different countries, but it also serves as a convenient metric for the “average American lunch.” Of course, the average American would have fries and a Coke with that, but come on, this is easier and we’re no math majors.


The cost of buying a home has gone up by 24 percent in 20 years. Home ownership is considered the gateway to the middle class, and in fact, a 2014 Federal Reserve report found that the average net worth of a homeowner is 36 times greater than that of a renter. The ability to borrow from the equity of a home is also an important safety net for many middle-class Americans, but with the cost of entry into the housing market rising quickly, American home ownership is at 63.5 percent for the first quarter of 2016, teetering just above the nearly 50-year low reported last year.


Flights have actually gone down 0.4 percent. As much as we like to complain about the nickel and diming, flying has become much cheaper in the past 30 years. Coupled with the current rock-bottom fuel prices, flying today is actually less expensive than it was in 1996. Of course, no one said anything about comfort.


Hotel stays have gone up 6 percent above inflation. A modest rise thanks in large part to the internet keeping prices in check.


Movies tickets have gone up 27 percent.  It’s difficult to quantify this one because frankly more of us watch movies at home, but the fact is if you want to see it on the big screen, it’ll cost you more than it used to. That ticket, however, does not cover the cost of any over-priced popcorn purchases.


The average price of new cars has gone up 2.6 percent.


Gas prices were 47 percent higher in 2015 than 1995, but we all know this one has a big fat asterisk. Those years of record-breaking prices peaking at $4.11 a gallon in July 2008 took an even greater toll on consumers.


Medical costs have risen nearly 79 percent. That’s a big one. Now, medicine has changed a ton in the past two decades. To help factor in the rising cost of doctor visits, insurance and prescription drug prices, we used the Kaiser Family Foundation’s average numbers on the systemwide cost of each American consumer’s health.


The cost of public college has risen 85 percent, and private college has jumped 61 percent. We used CollegeBoard.org’s numbers, which include tuition, fees, room and board. Most students don’t complete their degrees on time these days, making the total cost even higher.

Combining all of our findings means that middle-class life has become 30 percent more expensive in the past 20 years. In that same time, Americans haven’t received a raise.

Graphic designed by Tony Wagner and Paul Brent, icons by Creative Stall via the Noun Project