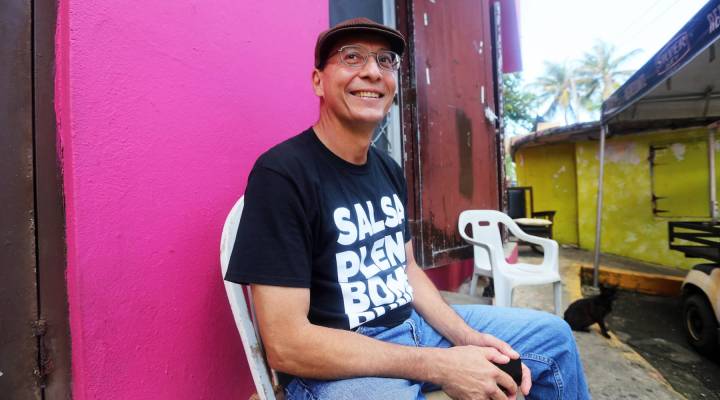 Puerto Rico is in the news again this week, thanks to presidential candidate Hillary Clinton’s win in the U.S. territory’s primary election. But Congress is still mulling over Puerto Rico’s debt crisis with the U.S. House of Representatives expected to discuss legislation Thursday.

The government’s debt has put many of Puerto Rico’s residents in tough financial situations. We went to Puerto Rico to find out what life was like for the people living on the island and interviewed San Juan resident Javier Alayón about losing his job as an engineer and then losing his house, all while keeping his faith in the government. We spoke with him just as he took the stage to perform in his band.