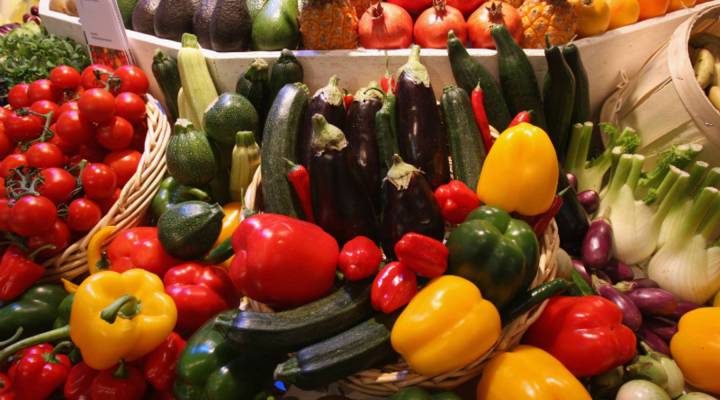 COPY
A family of four spends about $1,500 a year on food they don't eat. Sean Gallup/Getty Images

A family of four spends about $1,500 a year on food they don't eat. Sean Gallup/Getty Images
Listen Now

A new public service ad campaign aims to persuade consumers, who are responsible for the greatest share of food waste, to change their behavior.

An environmental advocacy group, the Natural Resources Defense Council, is partnering with the Ad Council, makers of the iconic Smokey the Bear PSAs, to launch the campaign, which includes a TV spot chronicling the life of a strawberry from the farm to the supermarket.

One of the points underscored by the campaign is that food waste carries an economic toll.

“A family of four spends about $1,500 a year on food they don’t eat,” said Natural Resources Defense Council scientist Dana Gunders. “For many households, it’s about 20 percent of the food they buy. It’s like walking out of the grocery store with five bags, dropping one in the parking lot, and not even bothering to pick it up.”

Gunders said people aren’t only throwing away money. She said the extra food they buy boosts demand and pushes up prices.

But agriculture economist Vince Smith at Montana State University said that effect on prices is modest. And he said for many people, it might get masked by other factors. Food is relatively cheap. And as a nation, the United States has gotten wealthier over the past few decades.

“The share of our income that we spend on food has gone down substantially,” he said.

Smith said wasting less could theoretically lower demand for certain commodities and push prices down, but not by much.

Take wheat, for example. Smith said the U.S. grows about 8 percent of the world’s annual wheat production, but uses only about half of it. If the U.S. wasted less food and signaled to producers to grow less wheat, the drop in global wheat consumption would be small.

“And the impact on the price of wheat would be minuscule,” he said.

Smith is even skeptical that there are household-level benefits to avoiding food waste, given the time required to menu plan and manage the fridge contents.

Norah Rendell, a mother of two young children in St. Paul, Minnesota, said the notion that she and her husband could be wasting $1,500 a year on food they don’t consume is shocking to her. But she said it might hard to account for if she tried.

“There’s never anything that’s like a whole bag of something I don’t use part of,” she said. “I always assume that’s how the waste happens.”

But she said she will try to save money and food with one easy tip from the Save the Food campaign: freezing food before it rots. 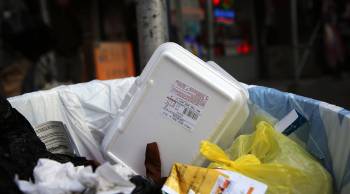