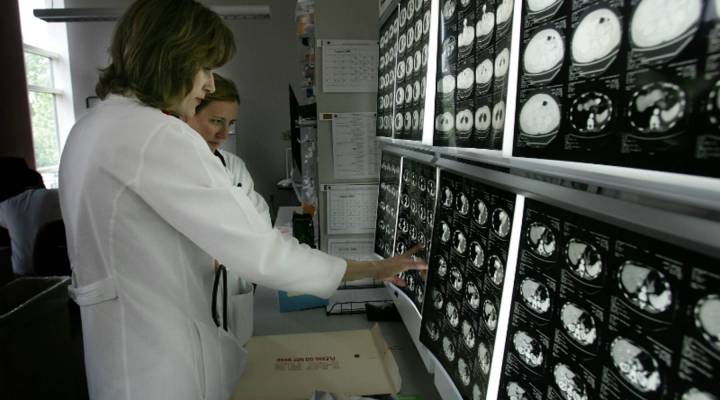 Cancer drug costs have gone up 72 percent over the last five years, to about $15.9 billion. It’s one sobering reality oncologists are facing at one of their big annual meetings this week in Chicago.

But one new effort is showing early signs of reining in those costs. A company that specializes in buying prescription drugs for large employers and health insurers is cutting new types of deals with pharmaceutical companies.

“We have a handful of really innovative, forward-thinking companies willing to say, ‘If my drug doesn’t work well, I shouldn’t be paid as much,'” said Express Scripts Chief Medical Officer Steve Miller.

Express Scripts has contracts with six to 10 manufacturers that tie price to a drug’s performance.

In just the first 10 weeks of the program, doctors are starting to prescribe these drugs over others.

“The fact that it’s already been taken up by so many manufacturers, but also by so many physicians, tells you the power of this idea,”said University of Chicago economist Rena Conti.

This approach could slow how much we spend on the newest and most expensive cancer treatments. Until now, the manufacturer has had the upper hand when a new drug comes to market. Conti said these value-based deals will force drug makers to prove their products work if they want a premium price.