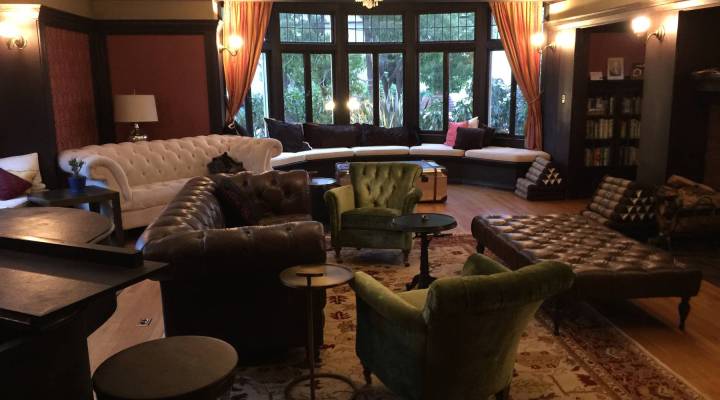 Trend alert! Communes are back!

But not in the way you’re probably thinking of. Group housing is a big trend among 20- and 30-somethings (although not exclusively), but this time around, they’re calling it “co-living,” and it comes with a twist: It’s not just a lifestyle, it’s a business model.

Several startups are in the co-living business, which they say is really about redefining real estate as a service model. These companies, like Pure House, The Collective, Common, and even WeWork, are certainly in the real estate business, but they offer housing that includes a philosophy of community, shared space and a built-in social life — and also nice furniture, pre-installed internet and TV service, distributed cooking, grocery shopping done for you, housekeeping and plenty of social activities. Think running clubs, yoga and happy hours.

The trend slots right in with co-working and open cubicles in terms of constant interaction with other people, and it definitely nails a bunch of well-honed millennial stereotypes. I visited a co-living house in Oakland that’s an 11-bedroom Victorian mansion. It’s one of three properties operated by a local startup called Open Door, and the two co-founders live at the house, which is full of earnest, attractive young professionals who talked sincerely about being “process thinkers” and sourcing local, organic beef for their group dinners.

That said, it’s also pretty good living. Sometimes someone cooks for you (and one of the housemates at Euclid Manor, which I visited, is actually a chef), the house itself is absolutely beautiful and fully furnished, there’s housekeeping, someone else handles the grocery shopping, and when there’s a problem, you just send your housemates a note on Slack. Are the residents learning all the survival skills they might need later in life? Maybe not; but they all seem to like it there.

And for companies the business model, which is essentially just property management, with lots of perks thrown in, is promising enough that WeWork, the co-working startup with its staggering $16 billion valuation, is renting crash pads in two co-living locations, one in New York and one in Washington, D.C. So for the second part of my story, I spoke with WeWork co-founder and chief creative officer Miguel McKelvey about how the company imagines housing in the future.

The WeLive model is, or has the potential to be, a little different — it’s not as permanent feeling as something like Open Door and its co-living houses. You can rent apartments (or rooms) for just a few days, a month, a few months or longer. It’s almost like a fancy hotel, but when you check in, you have everything you need, including friends.

You can hear that interview in the Dispatch this week or by clicking here.