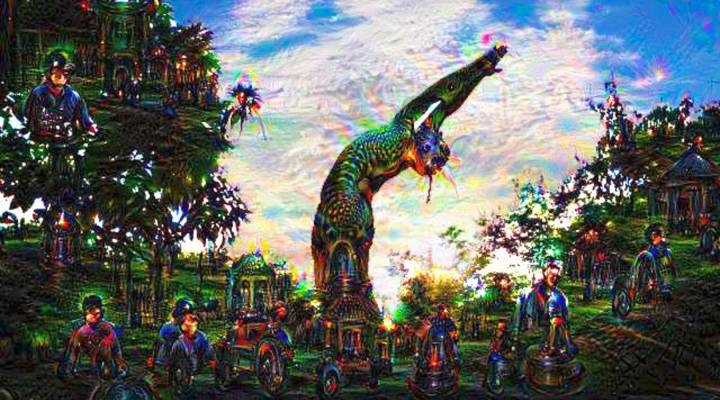 We might have to start calling it “art-ificial intelligence.”

Magenta is an open-source Google Brain project exploring the intersection of music and machine learning. The project aims to teach artificial intelligence to be creative.

“Magenta asks the questions, ‘Can we use this technology to create art or music, or help artists and musicians create cooler art or cooler music?’” said Douglas Eck, research scientist working on the Magenta project.

In 2015, Google’s DeepDream successfully generated images of its own. The AI used the same artificial neural network system used to sort and categorize pictures on Google’s search engine (the program learns what each image is after sifting through thousands of tagged images). DeepDream inverted this process, and was able to produce its own images, albeit psychedelic chimeras of the objects it was trying to create.

Magenta is taking a similar approach by training the AI on very large audio data sets, as well as setting up an open-source site where artists and software developers can fiddle with the code to aid in the evolution of the project. However, unlike with DeepDream where the goal was to reproduce what something looks like, Magenta’s goal isn’t merely to create models that can generate music.

“That generative process is not enough,” Eck said. “I think we need to have these layers on top of that, that are about deciding when to surprise the listener or the viewer—maybe caring about attention.”

Building surprise into a model might seem counterintuitive, being that “surprise in its very nature is surprising,” Eck said. One way to do this, he said, would be to have the AI start the music on a fixed structure and then suddenly change the direction, or to start on a vague structure and gradually build clarity. As for building “attention” into a model, the AI could learn to keep most of the structure normal, except for one aspect of it to draw in the listener, said Eck.

The biggest hurdle for Magenta to truly create music of its own will be to teach it how to build a narrative.

“All machine learning generated music that I know of…suffers from this big problem that we don’t understand how to get this long structure in—the storytelling is missing,” Eck said.

Listen to an early sample of a Magenta generated melody trained using some techniques in attention. It was primed with four notes similar to the beginning of “Twinkle Twinkle Little Star,” and Magenta did the rest (drums were added to hold it together):