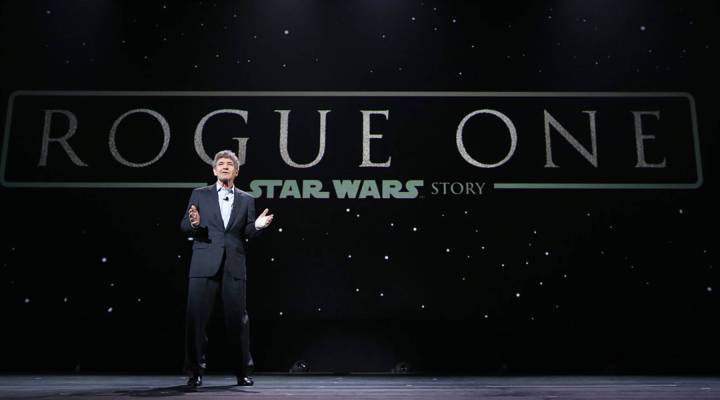 “Rogue One: A Star Wars Story” is set to come out in December, but the next film in the juggernaut franchise has been making headlines this week. The New York Post and Hollywood Reporter have reported that studio executives didn’t like what they saw in an early screening of the film and have ordered reshoots, which has caused speculation of a film in trouble.

Disney has not confirmed the call for reshoots, but executives reportedly wanted a lighter tone for the film that is more in line with the traditional feel of a Star Wars movie.

There’s a lot at stake for a wildly valuable franchise that’s already had its ups and downs. The recent success of “Star Wars: The Force Awakens” makes it important that the brand stays strong.

“They’ve gotta keep the tone on point,” said Dana Harris, editor in chief of IndieWire, a movie business website. “If they don’t get it right, they will have the fury of a thousand suns come down upon them from the fans.”

Harris said while a demand for reshoots typically means the studio isn’t happy with what it’s seen, it isn’t necessarily a sign of trouble for a film.

“While reshoots, I don’t think are what anybody wants — I’m sure everybody wants to come out of the screening room saying, ‘Oh my gosh, this is fantastic!’— I don’t think it’s the end of the world either,” Harris said.

Attitudes towards reshoots, which once were considered to be a very negative sign, have changed.

“There has been a shift in the industry regarding reshoots,” said Jason Squire, a professor at the USC School of Cinematic Arts and author of “The Movie Business Book.”

“The term ‘reshoots’ has a sort of very bad name,” Squire said. “It conjures up something negative, and it’s just the opposite.”

Squire said studios with mega franchises now rely on the ability to change parts of a film and have budgeted for reshoots. He said it’s a lesson Disney learned from another of its assets, Marvel, which has built in reshoots into its production under the term “additional photography.”

“On this high level of fascinating movie making, sort of the Marvel technique, they’ve recognized its value, which is why they named it,” Squire said. “I think they renamed it to get away from the stigma of reshoots.”

“It’s no surprise that a movie as important as the next Star Wars movie is going through the same process as a Marvel movie,” he said.