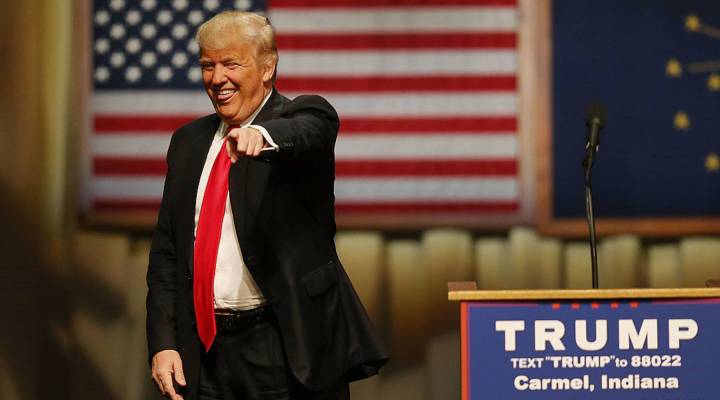 COPY
Republican presidential candidate Donald Trump speaks during a campaign stop at the Palladium at the Center for the Performing Arts on May 2, 2016 in Carmel, Indiana. Joe Raedle/Getty Images

Republican presidential candidate Donald Trump speaks during a campaign stop at the Palladium at the Center for the Performing Arts on May 2, 2016 in Carmel, Indiana. Joe Raedle/Getty Images
Listen Now

“Who the hell cares if there’s a trade war?”

That was a question Donald Trump recently asked, responding to critics who argue his trade policies could spur retaliation from other countries. He’s previously proposed raising tariffs on some imported goods to as much as 35 or 45 percent. Last week, he expressed skepticism at claims that that his plans would result in a trade war.

However, Trump’s comments and proposals have reignited a long-running debate on the impact of tariffs and protectionism. In citing the dangers of such measures, free-trade advocates often evoke The Tariff Act of 1930, such as during a debate about the merits of NAFTA in 1993. Vice President Al Gore presented Ross Perot with a framed black and white photo of the law’s sponsors: Senator Reed Smoot and Representative Willis Hawley.

That’s not quite right, said Douglas Irwin, an economics professor at Dartmouth College. The tariffs didn’t cause the Great Depression, though they did make it worse and hindered economic recovery. Imported goods became more expensive for U.S. consumers and — because other countries retaliated with their own tariffs on American goods —  it hurt exporters as well.

“To the extent that other countries raised barriers against our exports, you’d have fewer sales, you might have to lay of some workers,” Irwin said. “It wasn’t good for those selling to foreign markets.”

“It’s playing with fire because you don’t know how the other country’s going to react,” Irwin said.

Countries today don’t typically engage in full-blown trade wars. However, there are what Irwin referred to as “skirmishes,” such as when the U.S. applies anti-dumping duties to Chinese imports and China immediately responds with similar penalties.

Countries are increasingly trying to tilt the playing field in favor of their domestic producers, said Simon Evenett, a professor of economics at the University of St. Gallen in Switzerland. He tracks protectionist measures and has documented a significant uptick in 2015 and early 2016.

“Most of the action is actually on promoting exports, rather than restricting imports,” he said.

Unlike import tariffs, these export-focused programs can actually make goods cheaper for consumers who are, in effect, buying products subsidized by those foreign governments.

“But, of course, it’s the import-competing firms who face those rivals who suffer,” he said.

Leo Gerard, the international president of United Steel Workers, says the members of his union are among those suffering from unfair trading practices.

“Given a level playing field, we can compete with anybody,” he said. “Our problem is that we’re being asked to complete with countries that don’t play by the rules.”

But he said higher tariffs aren’t the solution.

“We are in a trade war, we just haven’t been fighting back,” he said. “So what we need is stronger trade laws, we need to modernize our trade laws, and we need to enforce them so that the trading countries … will have a level playing field.” 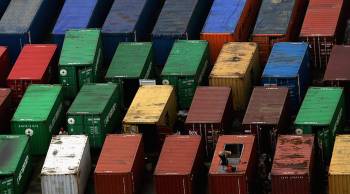