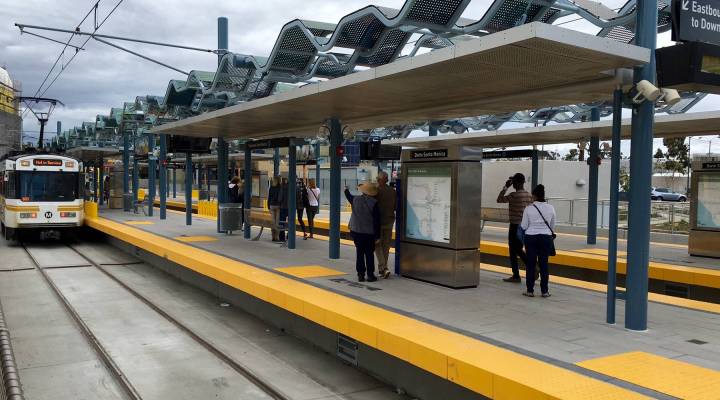 Los Angeles has been expanding its Metro train system over the past few years, putting $1.5 billion into its newly opened Expo Line expansion, which takes passengers all the way to the beach in Santa Monica.

The changes are attracting a lot of attention in a city not usually known for its public transportation — but LA is not the only place investing in transit. Cities across the Northeast are undergoing constant maintenance to keep trains clean, safe and running on time. In the case of Washington DC’s metro, there’s a near-daily struggle to keep trains from catching on fire.

And as the way people commute changes, so do city plans for public transit. LA may take a lot of heat about its public transportation options, but it has a very large contingent of public transit passengers in the country — second only to New York City.

What are the best ways to adapt and expand public transit options and ridership? How do cities motivate people to ditch their cars for a train or bus? Who pays for all the changes? To learn more, Lizzie O’Leary speaks with some LA Metro riders, and with Brian Taylor, professor of urban planning and director of the Institute for Transportation at UCLA.