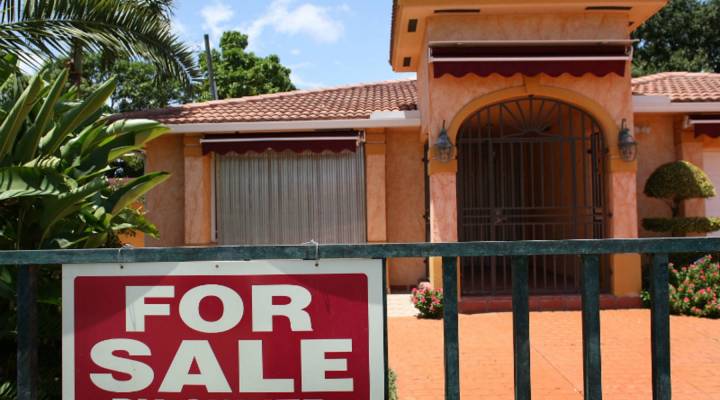 COPY
There's a disparity between the values of single men's and single women's homes, according to a new analysis from the firm RealtyTrac. Joe Raedle/Getty Images

There's a disparity between the values of single men's and single women's homes, according to a new analysis from the firm RealtyTrac. Joe Raedle/Getty Images
Listen Now

Single women are at a disadvantage in the housing market: not only are their homes less valuable than men’s, but that gap widens over time.

That’s the finding of a new analysis by the firm RealtyTrac, which looked at more than 2 million homes for which owner information was available.

The data showed a 10 percent disparity between the values of single men’s and single women’s homes.

But after 15 years or more of ownership, the study found average gain on a man’s home is 21 percent higher than average gain on a woman’s home, meaning that initial disparity widens as time goes on. The average gap in appreciation for all homes was 16 percent, with the most dramatic disparity showing up for homes in West Virginia. In a few states, including New York and New Jersey, the disparity in average gain went in the other direction, with women gaining more than men.

“There’s a lot of news around the fact that there’s a wage gap between men and women, and we wanted to see if that translates into housing. I would say clearly the answer is yes,” he said.

“If you start at a disadvantaged point, you’re going to have cumulative disadvantage over the years,” said Kris Marsh, a professor of sociology at University of Maryland. She said in addition to wage inequality, single women may be playing roles that affect their ability to save up. “A single woman is more likely to offer support to her family. Now that can be financial support, but it also could be physical support — her just being around her extended family.”

And the housing effect is all about zip code: single women have lower incomes and start out in less fancy neighborhoods. Plus, since the Great Recession, affluent neighborhoods have rebounded more quickly. Marsh adds that because of institutional racism in the housing market, the uneven effects of the recovery are especially pronounced for black women.

Homeownership can still be a good way for women to build wealth. Amy Castro Baker, a professor at the University of Pennsylvania, said due to the difference in wages and women’s roles in the labor force, women are also less likely to have access to other type of investments. She said the wealth gap is in some ways a larger and more intractable problem.

“Whether it’s the best option or not is kinda moot,” she said. “It is the only option for most.”