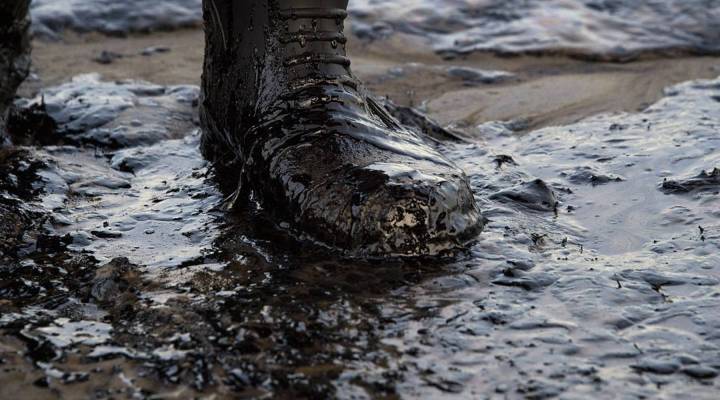 The annual meetings of ExxonMobil and Chevron are set to happen on Wednesday. One thing shareholders will vote on is whether the companies need to perform and publish stress tests of earnings as efforts to fight climate change affect fossil-fuel use.

Oil and gas investments show up in a lot of retirement portfolios, because they’ve historically been relatively safe bets. But now the need to reduce carbon emissions puts more of an emphasis on developing and installing renewable energy sources.

“They just become a much more attractive investment and attractive energy source for individuals, and for all kinds of manufacturing enterprises and for cities going forward,” said Cynthia McHale, director of the insurance program at Ceres. “That’s where the growth is, and that means that sort of the old fossil fuel infrastructure becomes at some point, sort of abandoned and not valuable anymore.”

The question of value and the potential for stranded assets looms large for those heavily invested in fossil fuel companies. A new study released by Ceres on Tuesday found that the top 40 U.S. insurers had $459 billion invested in oil and gas, coal and electric or gas utilities in 2014.  McHale said that sum makes it important for insurers and pension plans to know how their investments will look in the future.

“They should be asking and pushing companies like Exxon and Chevron that they have a financial stake in around how are they managing given this clean energy transition that the world is undertaking,” McHale said.

That push could come if shareholders vote for resolutions to make their companies look at carbon considerations. A spokesman for Exxon, however, said the resolutions are unnecessary, because the company already releases similar information. He also said the energy needs of the developing world necessitate continued use of fossil fuels.

“Despite people’s wishes and aspirations to reduce the amount of carbon-based fuels, there’s just no viable alternatives that are out there,” said Alan Jeffers. “The technology’s not ready for them on a scale that the world needs.”

Jeffers said projections show Exxon will continue to be a sound investment through 2040.

Dan Sperling, director of the Institute of Transportation Studies at UC Davis, however, said oil companies need to realize the future looks different.

“In any scenario you look at, the growth in oil consumption will slow down, if not decline, and in a world like that, the prices of oil are not going to be going up above $100 or 150,” Sperling said. “They’re not going back to those levels on a sustained basis, probably forever.”

He said the companies themselves will look different as well, with more diversification in natural gas and bio oil. He said companies will also likely  have fewer operations in rich countries and more in developing ones.