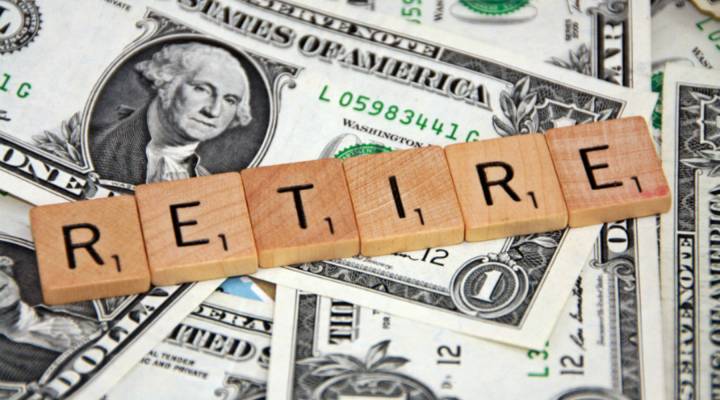 COPY
To retire comfortably, seniors need to replace about 70 percent of their pre-retirement income, according to financial experts. 401kcalculator.org via Flickr

To retire comfortably, seniors need to replace about 70 percent of their pre-retirement income, according to financial experts. 401kcalculator.org via Flickr
Listen Now

Older Americans are still not saving enough for retirement, according to a new report from Bankrate.com. It found that retirees in all but three states – Hawaii, Alaska and South Carolina – are likely to come up short once they stop working.

Many financial experts agree that to retire comfortably, seniors need to replace about 70 percent of their pre-retirement income.

“The median senior citizen household is not hitting that mark and, in fact, is falling significantly short,” said Greg McBride, an analyst with Bankrate.com.

McBride said most households are replacing only 60 percent of their pre-retirement incomes. Part of the problem, he explained, is many retirees are claiming Social Security at age 62 instead of waiting and collecting greater benefits.

Experts also point to the fact that health care, education and rent costs are rising, while wages have remained relatively stagnant.

Marcia Wagner, an employee-benefits lawyer, said that after the stock market collapsed “a lot of people were spooked. Many never came back into the equity markets as much as they should have done.”

As a result, Wagner said people are likely to work longer and spend less on things like education.

“Kids are going to have more debt or perhaps not go to the colleges they would otherwise want to go to,” she said.

Speaking of kids, Adam Bergman, senior tax partner with the IRA Financial Group, has a message for them: save, save and save.

“If you are earning income, put a dollar away. Take away one coffee a day or one less dinner a week,” he said.