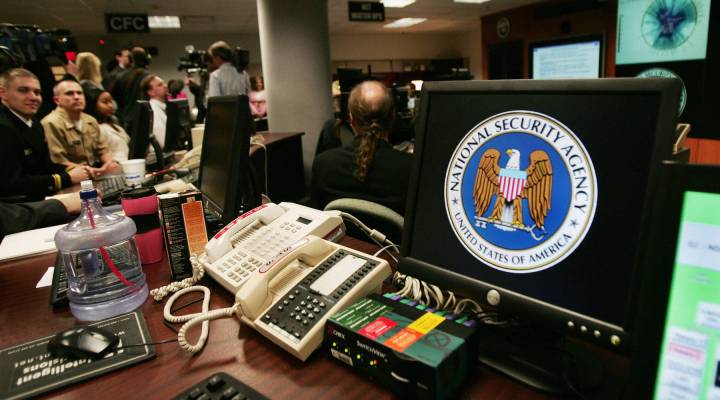 The company newsletter — that time-honored in-house publication where you can read about changes to the dental plan, or find out what Betsy in sales did on Volunteer Day.

Turns out, the National Security Agency is no different. SIDtoday — the in-house newsletter of the Signals Intelligence Directorate — was launched in March 2003 as a way to keep employees up to date on company news.

The Intercept, the website that first published the Edward Snowden leaks, got its hands on the archive and published the first batch of newsletters this week, a total of 166 articles, published between March 31, 2003, and June 30, 2003.

Glenn Greenwald, one of the three co-founders of The Intercept described the process behind releasing the classified documents:

“Consistent with the requirements of our agreement with our source,” Greenwald wrote. “Our editors and reporters have carefully examined each document, redacted names of low-level functionaries and other information that could impose serious harm on innocent individuals, and given the NSA an opportunity to comment on the documents to be published (the NSA’s comments resulted in no redactions other than two names of relatively low-level employees that we agreed, consistent with our long-standing policy, to redact). Further information about how we prepared the documents for publication is available in a separate article. We believe these releases will enhance public understanding of these extremely powerful and secretive surveillance agencies.”

Intercept reporter Peter Maas has an accompanying article delving into more insights gleaned from the newsletters.

The newsletters are a rare window into a secretive community that kinda makes you say, spies, they’re just like us.  Stuff like:

(U//FOUO) “Please take the time to read the SIGINT Enterprise Strategy: FY 2003-2008 today. Every one of us is integral to the success of the SIGINT system; ideally, everyone in SID will see themselves in this strategy. We all own the strategy, the goals it sets forth, and its outcomes. Remember, as you read it, that the strategy only sets a course for the future. It’s in pursuing our goals that we learn and discover– changing, improving, and stressing the strategy along the way. It’s not what the strategy says so much as it is what it causes to happen in the hands of brilliant people. Here’s to discovery!”

(U//FOUO) “Across the hall from the SID Director’s office you will find the SID Registry. Like a railroad-switching station (and equally atmospheric), Registry makes sure that correspondence (called “packages”) going into/out of SID is handled efficiently. Does this package get the express treatment, or the scenic route?”

“Much of the Registry’s work is invisible to the general SID workforce-but if the system runs smoothly and there are no derailments, we’ve done our job!”

(S//REL)“An early start can have you climbing John Paul Jones Hill to the Joint Task Force (JTF) SCIF while taking in a beautiful sunrise over the Caribbean Sea with Camp Delta looming austerely below on the southern coastline. After a hustled day of tackling a myriad of issues and directly contributing to the global war on terrorism, one might be inclined to drive out to Phillips Park and enjoy a gorgeous sunset over Leeward Landing; however the day would not be complete without the frequent iguana encounter. Few work environments offer such an opportunity – a rewarding challenge with incredible surroundings.”

So, yeah. Maybe not like every other company newsletter.