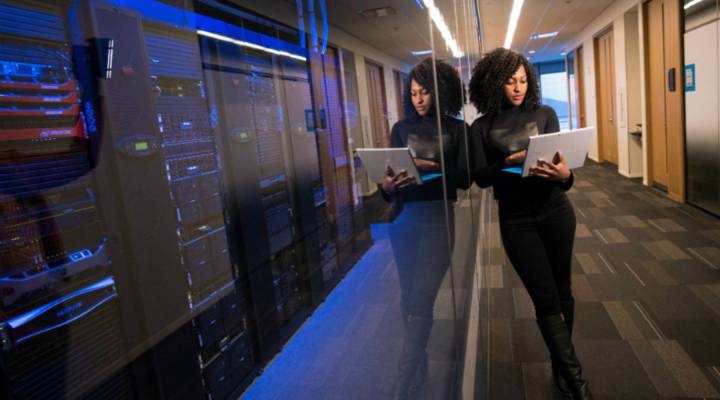 The Equal Employment Opportunity Commission is searching for solutions to the lack of diversity in the tech industry. It’s starting with a hearing on the issue this week. But some in the tech diversity sphere already have ideas.

Solution 1: Increase the pipeline of women and minorities majoring in computer science. That solution is from Lisa Dezzutti, president of the nonprofit Women in Technology. But then, she said, you have to keep them in the tech field. Women are 45 percent more likely than men to leave it. Dezzutti thinks they may feel isolated on the job.

“There’s a single woman in the room,” she said. “I think that women still feel, perhaps, that they are excluded from social networks at their jobs.”

Tech companies are trying another solution: money. That can entail funding nonprofits like Dezzutti’s and groups like the Hidden Genius Project, which tries to get young African-American men into the tech pipeline.

Brandon Nicholson, who heads the project, maintains that Silicon Valley has to do more, though, than just throw money at the diversity issue.

“They’ve not put in the same amount of innovation into that as they have, in some instances, into some of their ideas or products,” he said.

Nicholson has a solution. He teaches young African-American men to be entrepreneurs so they can start their own tech companies someday.