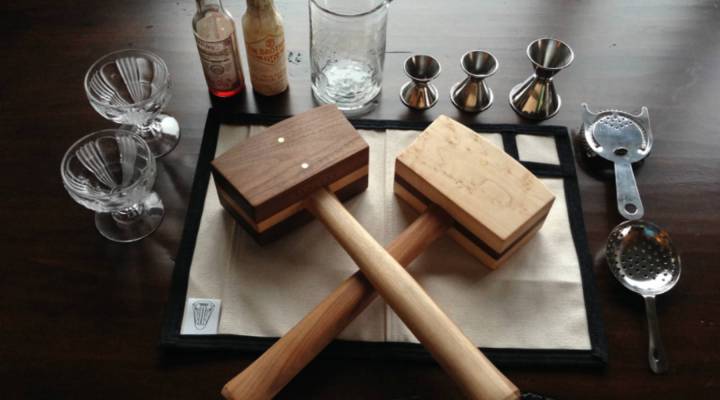 COPY
Bull in China, a new retail site based in Portland, Oregon, designs and sells locally made hand-crafted bar tools online. Image via Bull in China

Many major U.S. retail chains are struggling as same-store sales and sales revenue per square foot decline year over year. E-commerce, meanwhile, is growing by double digits annually. Many legacy retailers are downsizing and closing stores, even as they try to accelerate e-commerce sales. But they’re still being outsold online by Amazon and other web-only merchants.

However, some retailers are starting up, and even thriving, in the midst of this retail shakeout. They embrace the web, but don’t shun old-fashioned storefronts, either.

Architect Herb Heiserman at retail development firm Streetsense, based in suburban Maryland, advises retailers on design and branding. As he surfs the website for up-and-coming retailer Shinola—the Detroit-based maker of hip timepieces, two-wheeled conveyances and other accessories—he likes what he sees.

“You click—immediately, ‘Made in the U.S.A.,’ ‘handcrafted,’” Heiserman said. “And then when you go in the store, the craftsmanship of the millwork in the store matches the watches and the leather portfolios and the bicycles.”

Heiserman said Shinola has infused its brand sensibility into every sales channel: from the floor displays, to the online videos featured on the company’s “About” webpages, showing Shinola’s multiracial workforce and the domestic factories where the goods are produced.

Today’s retail entrepreneurs have the opportunity to launch online-first or online-only—saving them the headache and cost of renting retail space and hiring sales staff. They can also reach a regional, national or international market right away.

This is the case for Bull in China, a new retail site based in Portland, Oregon, that designs and sells locally made hand-crafted bar tools online.

One of the founders is Lucas Plant, a veteran bartender who said the impetus to launch the company came from his and his fellow bartenders’ experience working in bars, using cheap, mostly imported glassware to mix drinks.

“Bull in China was born out of necessity,” Plant said, “being career bartenders and having products that didn’t function as well as we needed. A cocktail stir glass—you get about a two-week to one-month shelf life. The bases completely pop off.”

Plant and his two business partners saw a problem they wanted to solve—cheap glassware from China saturating the market. And they thought there would be a promising market: professional and home bartenders who might pay a premium price for durability, vintage design and products “Made in America.”

“We found local glass blowers, metalsmiths, woodsmiths,” Plant said. “It’s literally everything cocktail under one roof, or on one website. And now, brick and mortar as well.”

The company recently opened a showroom in Portland. Plant said online sales continue rising, and new products are in development. Bull in China does face plenty of competition—from dot-com discounters and high-end sites like Cocktail Nation.

One ingredient that’s definitely in their mix: passion. “A lot of bar-tools—they were designed for function, not for aesthetics,” Plant said. “Tools should be beautiful.”