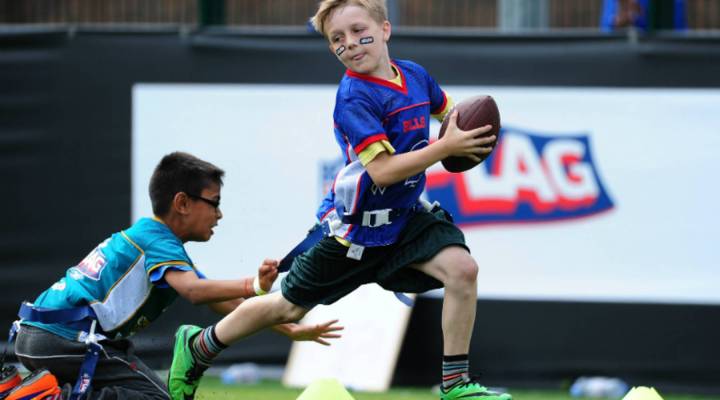 COPY
The number of people playing tackle football is down 28 percent since 2008. Dan Mullan/Getty Images

The number of people playing tackle football is down 28 percent since 2008. Dan Mullan/Getty Images
Listen Now

Fewer kids are playing football these days as parents worry about concussions and steer their children to other sports.

In fact, the number of people playing tackle football is down 28 percent since 2008, according to the Sports and Fitness Industry Association, a trade group that gets some money from the NFL.

“The issues around injury are real,” said Tom Cove, the association’s president and CEO.

He said there are other factors — more kids are focusing on just one sport, and football can be expensive.

But he said the number of football players is starting to trend upward, increasing by about 4 percent overall last year. And more people are playing fantasy football and football video games.

“All of those things influence the NFL’s place in our culture, so it’s beyond just participation,” he said.

But will they be as enthusiastic as people who’ve played football?

“If you don’t play a sport, it’s really hard to feel passionate about it,” said Robert Baade, a professor of economics at Lake Forest College.

Still, Baade doesn’t see anything replacing football in the near future.