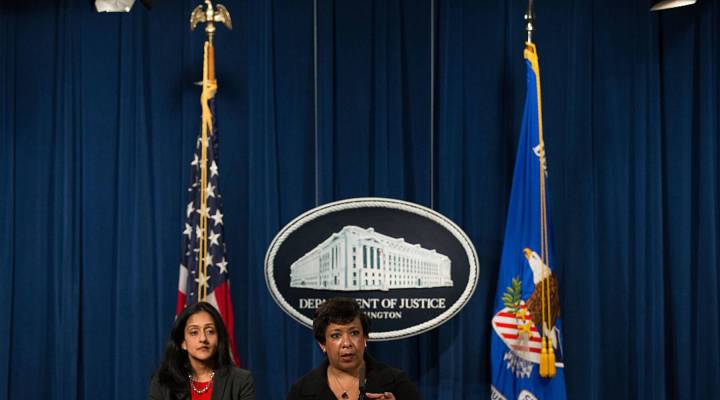 North Carolina Gov. Pat McCrory’s administration filed a lawsuit against the federal government Monday. It accused the U.S. Department of Justice of overreaching in its response to the state’s “bathroom law.” DOJ filed its own lawsuit in response, saying North Carolina’s law that bans transgender people from using public bathrooms that don’t match the gender on their birth certificates violates civil rights law.

There are many ethical, political and social questions swirling around this issue that have yet to be resolved, but the costs to the state for the transgender bathroom bill are starting to add up.

The Charlotte Regional Visitors Authority estimated the bathroom bill has cost more than $80 million in lost business, and that’s just for events around Charlotte. The group factored in things like canceled conventions, lost hotel room nights and potential business that expressed hesitation or concern over the law.

Aaron Nelson, president and CEO of the Chapel Hill-Carrboro Chamber of Commerce, said he is seeing a similar trend in his area as well.

Concerts and conventions are being cancelled. And, Michael Jordan, the owner of the Charlotte Hornets, said in a statement to The Charlotte Observer that he’s opposed to discrimination in any form. John Connaughton at the University of North Carolina- Charlotte’s Belk College of Business said while canceled performances and conventions make headlines, they aren’t actually the main sources of economic impact.

“Those [kinds of events] are not as big as corporate relocations that don’t come here,” he said, pointing out that the new jobs created by such relocations “have a much bigger impact because the money stays here … and it’s for a much longer period of time.”

Paypal and Duetsche-Bank have already changed their plans to open or expand operations in North Carolina in response to the law, even as it’s being contested by the federal government.

Allan Freyer, the director of the Workers’ Rights Project at the North Carolina Justice Center, said there are longer-term consequences that can’t be quantified.

“Unfortunately,” he said, “we’ll never know the full scale of the companies that quietly struck North Carolina off their list for putting a new plant in the state or expanding an existing facility.”

The federal government is also threatening to pull funds from several sectors like education, transportation and housing. A recent report from UCLA’s Williams Institute estimated such cuts could cost the state more than$4.5 billion.

“To put this in context,” said NCJC’s Freyer, “the state budget this year is about $22 billion, so $4.5 billion represents about 20 percent of that overall budget line.”

Not to mention the cost of all the legal fees from the lawsuits.

*CORRECTION: An earlier version of this story incorrectly stated that Charlotte Hornets owner Michael Jordan had threatened to move the team. He did not.  Jordan did say in a statement to The Charlotte Observer that he’s opposed to discrimination in any form. 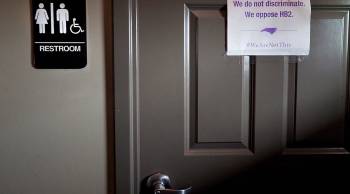