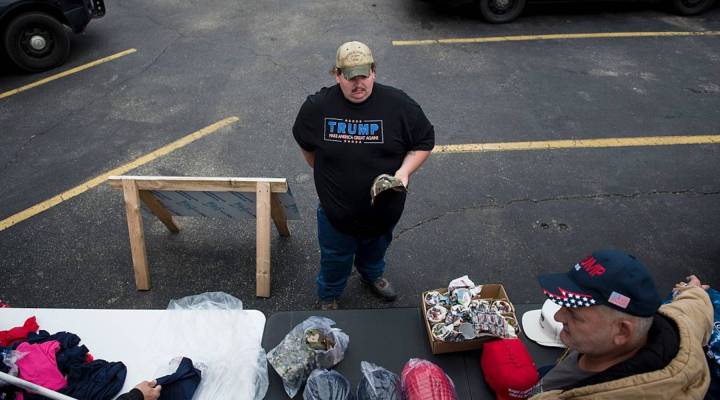 It’s possible West Virginia’s coal mines might never come back. It’s something both presumptive presidential nominees have been reckoning with as they campaign in the state ahead of Tuesday’s primary.

But a relatively small number of West Virginians are actually in the coal business — energy is more than 17 percent of gross domestic product, or GDP, but just 4 or 5 percent of employment — so what about the rest of the economy?

Turns out, when you want to talk about anything but coal in West Virginia, you still end up talking about coal a lot.

“If you look at GDP for every sector in West Virginia except for energy … that line is flat as a pancake for the past four years,” said John Deskins, director of the Bureau of Business and Economic Research at West Virginia University. That’s in contrast to steady, modest gains across the country. “We’ve seen no growth whatsoever.”

The state has a disproportionately high number of public employees — about 1 in 5 West Virginians work for the government in one way or another — thanks to a number of federal facilities in the north central part of the state. That region has a much more diverse and strong economy, and thanks in part to a natural gas boom, Deskins said, “there was hardly a recession.”

But that’s little comfort down in the coal country in southwest West Virginia, where the loss of high-paying coal jobs are a huge drag on the economy. In six counties, between a fourth and a third of people have lost jobs in the past few years. Plus, the decline in natural gas has been a double-whammy.

And unlike Wyoming and North Dakota, most of those workers stay in West Virginia, driving up the unemployment rate, or they drop out of the workforce entirely. West Virginia already has the lowest workforce participation rate in the nation, and it leads in disability payments. And those aren’t the only factors holding back employment: West Virginian workers also trail the nation in education and overall health.

There just aren’t other manufacturing and other low-skilled jobs to absorb the number of coal miners who are out of work. Transitioning them into new jobs is the state’s “$10 million question,” Deskins said.