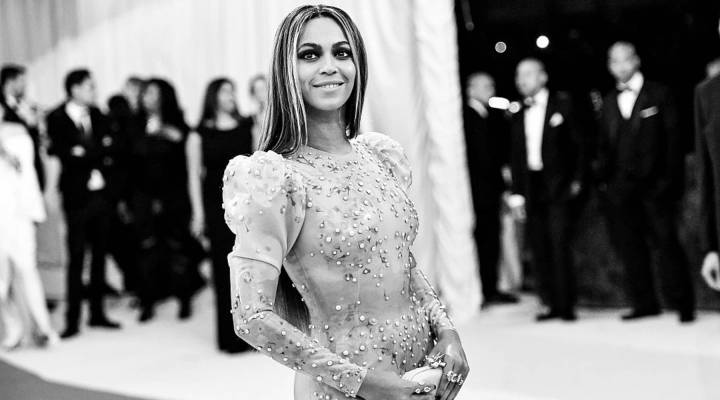 I might not be able to scam my way into free music much longer.

Two huge albums have landed exclusively on competing streaming services less than a week apart. Drake’s “Views” is drawing big numbers on Apple Music and Beyoncé’s “Lemonade” stopped the world (again) with an HBO special before landing on Tidal.

I’m a Spotify user. I exhausted my three-month Apple Music trial months ago, and I used my free month on Tidal to hear Kanye West’s “The Life of Pablo” — another exclusive. When “Lemonade” came out, I started scheming, digging up different email and card information to get another trial.  Maybe I can install iTunes on my work laptop to get more free Apple Music, I thought.

A quick Twitter search tells me I’m not alone.

Sure, both albums are available to buy, but I haven’t bought an album since 2009. A benevolent god wouldn’t force this kind of choice on me.

Is this just my life now? Playing one promotion off another, jumping between streaming services just to stay caught up with the latest music? Years from now, will I be riding the rails, changing my identity every month just so I can hear Frank Ocean’s second album?

I asked Larry Miller, head of the music business program at New York University’s Steinhardt School and host of the podcast “Musonomics.”

“I don’t think there is a sufficient supply of mega-stars to have exclusive windows in major record releases be sustainable for any service for more than a few months or maybe a year,” he said. “This release strategy of Beyoncé was really good for Tidal, but I don’t know how they’re going to do it again next month.”

Simply put: We don’t have enough Beyoncés to keep up the streaming war.

Getting a big tech company to pay for exclusive distribution can pay big, but it can be risky. There’s only a handful of artists who can pull it off, and it’s not even clear how well it’s working. Drake’s label bragged this week that “Views” has been streamed 250 million times in a week, but there are lots of ways to track streaming, so it’s not clear what that actually means.

And if you’re not on, say, Beyoncé-level, you’re better off taking the opposite approach, said Serona Elton, who teaches music business at the University of Miami.

“Next-level-down artists, a mid-tier artist, doesn’t have that level of control over their fans,” she said. “My general advice to all artists, other than superstars who can do these very calculated release plans, is to get your music everywhere and anywhere so it’s easy for people to discover you.”

You have to run the numbers, Elton said. Is the paycheck from, say, Samsung — which “bought” a million copies of Rihanna’s Tidal exclusive “Anti” earlier this year — going to offset any potential lost sales? What about the extra marketing and media attention that comes with making an album exclusive?

That exposure is important because it’s hard to bring in new fans when you make your album exclusive to one streaming service — only a certain type fan will follow their favorite artists to a new service, especially if they have to pay. Casual fans might buy the album to see what the hubbub is all about, or they might be put off.

“The masses want convenience,” Elton said. “The die-hard fans will follow the music wherever it is.”

And what’s less convenient than paying for several services that are nearly identical, give or take a Beyoncé album?

“I’ve gotta wonder if it is asking too much of consumers to remember that Apple Music is the one where Drake is [and] if you want the Beyoncé on-demand streaming, or Kanye, that’s gonna be over at Tidal, and so on,” Miller said. “It strains credibility — at this point anyway, in the early days of on-demand streaming — that consumers in large numbers will subscribe to multiple premium services. That sounds like a big ask.”

The exclusive model works better for video, Miller said, because consumers are used to remembering that “Game of Thrones” is on HBO and “House of Cards” is on Netflix. Music isn’t consumed that way, save for a few failed label efforts in the early aughts, like PressPlay and MusicNet.

“I don’t think they can make this their business model,” Elton said. “I can see over time a backlash against this — as there has been any time there’s been anything that’s not inter-operable, or exclusive, over time consumers get tired of that.”

So what’s this mean for a pop superstar — or not-so-super-star — trying to release their music and get paid without alienating fans? A more balanced approach that caters to different fans seems to be the way to go. “Lemonade” isn’t leaving Tidal anytime soon, but iTunes started selling downloads the Monday after release. At the same time Drake’s label touted “Views'” numbers on Apple Music, it also announced the album would land on all major streaming services later this month. Kanye West ended up doing the same thing, despite saying “The Life of Pablo” would never leave Tidal.

Streaming services could also take the same approach big box retailers have with physical releases for years, Elton said. As recently as Adele’s “25” earlier this year, Target would get exclusive bonus tracks and other extra material. Wal-Mart has done the same. That way, the super-fans can buy up all the different versions and more casual fans aren’t robbed of the experience.

No matter what course they take, Miller said streaming services can’t rely on exclusives for much longer. They’re going to have to add in other features like video, better radio-like streaming, ticket sales or something else entirely. It’s still a very young business.

“I’m hoping that we get to 100 million, even hundreds of millions of paid premium subscribers to the various services over the next couple of years,” Miller said. “We are a long way from that yet, but exactly what combination of features, pricing, services and bundles is anybody’s guess.”