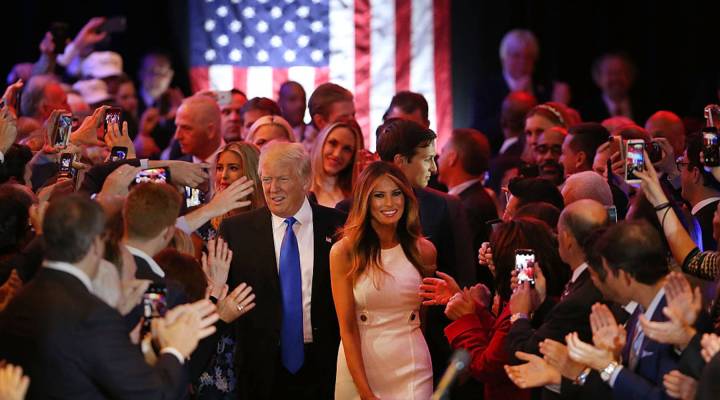 With Donald Trump as the presumptive nominee, there’s a big question about where the Republican establishment and Trump’s former opponents are planning on putting their support. Lean in for the party? Put up a third party choice?  Phone it in?

Behind this question is a more brass tacks issue: Where is the big Republican money going?

In general, the largest donors are not trying to buy access.

“You don’t have to give much to get access,” explained Bert Johnson, chair of the political science department at Middlebury College. “Large donors tend to donate for ideological reasons,” he said.

Trump is many things, but an ideological purist is not one of them, and that makes mega donors suspicious, said Johnson. Trump’s rhetoric has been a turnoff as well, as Charles Koch lamented when he told ABC’s “This Week,” “I don’t see how we can support him.”

Johnson said he “wouldn’t be surprised if Koch was the tip of the iceberg on this.”

So what’s a mega donor to do? One option for the partisan donor is moving down ballot.

“Saving the House and Senate,” said Stan Collender with MSL Group, a large public affairs firm.“Right now it looks like Republicans will lose control of the Senate and maybe lose 10-15 seats in the House.”

That’s plenty to gin up the Republican money machine, according to Anthony Corrado, professor of government at Colby College, “so we’re still going to see lots of large donations,” just not so much focusing on Trump or Trump-focused superpacs directly.

Corrado said super PACs generally have already spent three times more than they did in 2012 to this point and raised four or five times more.

Seventy-five million dollars alone went to the anti-Trump effort, but the biggest super PACs haven’t even started spending yet. So under no circumstances does Trump malaise mean there will be less money in this election.

“It would not surprise me at all,” said Corrado, “if we see $4 billion spent on the presidential race before it’s all over.”

That’s twice as much as last time.