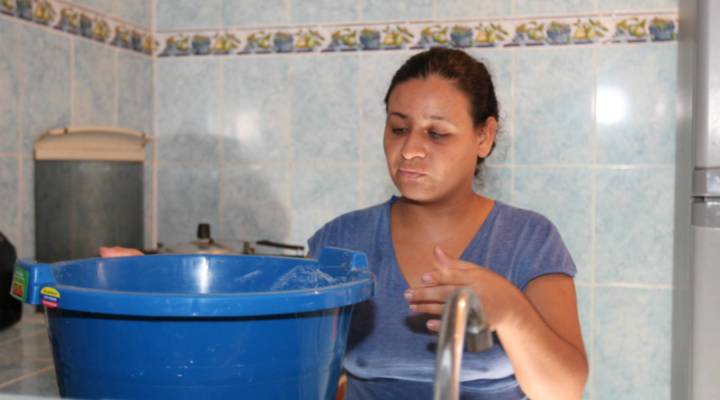 COPY
Elizabet Abella prepares food that she sells in the central market in Barranquilla, Colombia. She received a microloan to build her business from Opportunity International, a Christian organization that operates in 28 countries. Lorne Matalon/Marketplace

Elizabet Abella prepares food that she sells in the central market in Barranquilla, Colombia. She received a microloan to build her business from Opportunity International, a Christian organization that operates in 28 countries. Lorne Matalon/Marketplace
Listen Now

In developing countries like Colombia, microloans — loans of $25 to $1,500 or more — are big business. The idea is to give loans to people who can’t get credit and who can’t get access to traditional financial services offered by banks.

One such person is Elizabet Abella. She’s in a steamy cinder block kitchen in Barranquilla, a gritty port city on Colombia’s Caribbean coast. She’s preparing the food she sells to owners of street-side stalls.

“I’m preparing beans in a pressure cooker,” she said in Spanish as sweat coated her hands and steam enveloped her.

She received her microloan from Opportunity International, a Christian organization that operates in 28 countries.

“We sell in the central market,” Abella said in Spanish. She said the loan she’d received had greatly changed her life for the better, allowing her to expand her business.

In Abella’s case, collateral for her microloan of approximately $150 came from others in a group of loan recipients. The concept is known as a “trust group.” If someone defaults, everyone else is supposed to pick up the tab. The concept is also used by other microlenders across the world.

“Microfinance is one of those ideas that sounds really good in theory,” said Noel Maurer, an international business professor from George Washington University.

Microlending has had undeniable successes, but Maurer said it can be complicated. The landscape of microfinance is littered with stories of people who can’t repay a loan and who can’t escape the cycle of debt. One Mexican microbank was slammed for charging more than 100 percent on its loans. A study at Yale found that one microlender in Africa charged its poor clients 200 percent.

Another study at Stanford concluded that microcredit does not significantly alleviate poverty in developing nations and that meaningful job creation is a better long-term solution to combat poverty. Other studies suggest that in some instances, microcredit makes life at the bottom worse. Part of the difficulty in understanding microlending’s impact is a serious lack of reliable data on what works and what doesn’t.

“It is not an easy panacea, nor is it one of these motherhood issues that I think everyone should just sort of blindly get behind,” Maurer said. “If it goes wrong, it can go really wrong.”

Colombia is a crucible of microlending. There are seven for-profit microfinance banks here. And the World Bank’s microfinance office for all of Latin America is located in Bogota. The World Bank has invested in one those banks, Bancamia.

“Helping people at the bottom of the pyramid,” translates into profits, Bancamia’s Senior Vice President Margarita Correa Henao, said in Spanish in her office in Bogota. She said that without generating profits, microlending cannot be sustainable.

“This is a business, period,” she said in Spanish. Collateral is put up by foundations or agricultural cooperatives. The bank serves its clients one to one. You file a business plan and if you make the cut, you’re paired with a formally trained banker.

“There are some people who are delinquent,” Correa said. But as is typically the case in microfinance, the default rate is low — about 4 to 6 percent and often lower.

However, when you speak with people here, they don’t just talk profit and loss. They also talk about avoiding loan sharks.

“Up to 20 percent per day is the rate that loan sharks get here, which is stupidly high,” Boris Lozano said, an analyst at Bancamia. He said that the chance to escape the world of predatory loan sharks is one reason why microfinance clients typically pay their loan repayments on time.

Bancamia’s Correa said there isn’t one solution to poverty and economic development. She said many small solutions are needed to propel social development, and that microcredit is one of them. 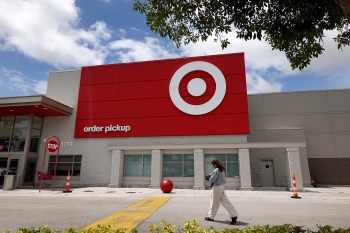