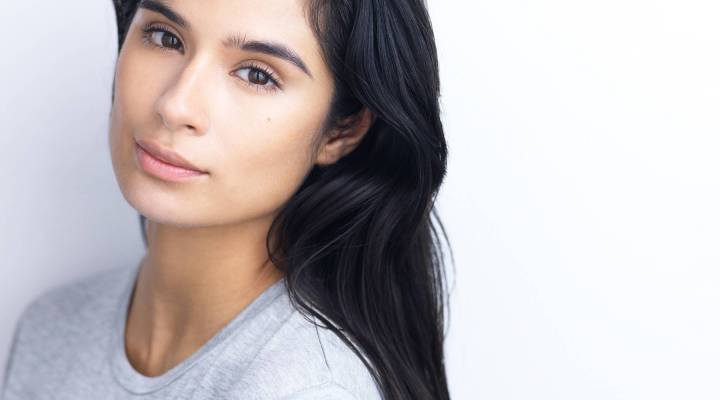 Diane Guerrero's memoir is “In The Country We Love: A Family Divided.” Jeffrey Mosier
Listen Now

One afternoon, in the spring of 2001 when she was 14 years old, Diane Guerrero came home from school to find that neither of her parents were there. Guerrero, a U.S. citizen and daughter of Colombian immigrants, is best known for her roles on Netflix’s “Orange Is the New Black” and the CW’s “Jane the Virgin.”

But before she hit the screen, she spent her childhood actively out of the spotlight. That afternoon after school, she learned that her mother and father were detained by immigration officers and would soon be deported from the United States to Colombia. She was left all alone.

She shares her struggles and accomplishments in her memoir, “In the Country We Love: A Family Divided.”

After her parents were deported at age 14, no level of government checked up on her:

It was as if my family never existed and as if I didn’t exist really. I don’t know if it’s just they didn’t care. They must have known about me. I don’t know. I don’t know what happened. No one came to check up. No one asked any questions. I just sort of went through life like this. I didn’t know what would happen to me if I made any noise.

On making it to college and drowning in student loans:

I had no idea what I was doing. At the time I felt like I needed to show everyone and myself that I could do it on my own. I didn’t want to ask for anymore help. This time, it was on me. I just didn’t have any knowledge on how to handle finances or how to handle money. I was also working, so I would scrounge up enough dough to pay for a class, but it certainly caught up with me. I didn’t realize how difficult it was going to be.

On landing her role as Maritza Ramos on Netflix’s “Orange Is the New Black”:

I didn’t understand what this streaming content was, and so I went for it, and by golly I got it. It made everything make sense. My struggle, my pain, my joy. I know I have a long journey ahead. I know this isn’t it and this is just the beginning for me, so everyday I’m learning.

Listen to her full interview on the audio player above.