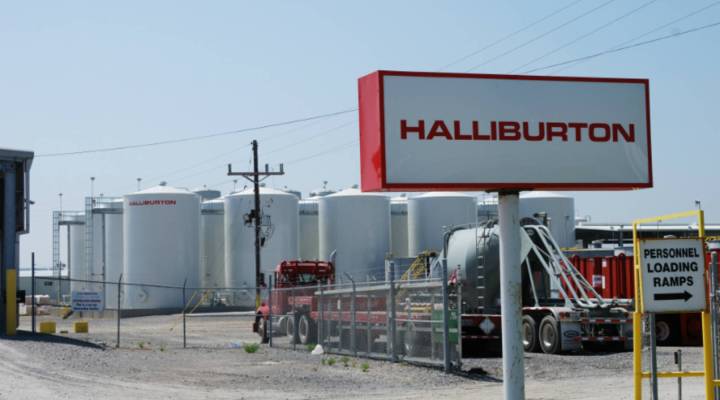 On Sunday, oil services companies Halliburton and Baker Hughes announced they were scrapping their planned merger. The deal faced pushback from regulators all over the world — an antitrust investigation in the European Union and a lawsuit from the Department of Justice here in the U.S.

But the slowdown in the oil industry overall also contributed to the cancellation of the deal. In a press release, Halliburton CEO Dave Lesar said that “general industry conditions that severely damaged deal economics,” on top of the regulatory pushback, led to the termination of the deal.

In the fall of 2014 when the proposed merger was first announced, it was a $35 billion deal. Back then, oil prices had just started to slow down.

“It wasn’t clear [the slowdown] was going to last as long as it has and that it might actually continue,” said Latha Ramchand, dean of the Bauer College of Business and a professor of finance at the University of Houston. “And I think that has changed the economics a little bit.”

In today’s market, the deal would have only been worth about $28 billion. Plus, regulators didn’t like the idea of consolidation in an industry that already doesn’t have much competition.

“I think this is one where there was just too much in the product lines of both companies,” said Hugh Fraser, managing partner at the Middle East office of law firm Andrews Kurth, which focuses on the energy sector. “They were just too close and over the top of each other.”

Halliburton has to pay $3.5 billion to cancel the deal. Baker Hughes said it will use some of that money for share buybacks and to pay down debt.

What does GE’s deal with Baker Hughes mean for the oil industry?