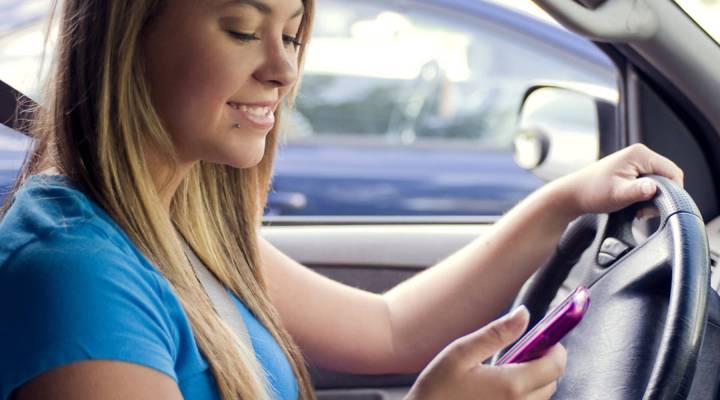 COPY
The number of Americans that use their phone while driving is up in spite of widespread bans.  freestockphotos

The number of Americans that use their phone while driving is up in spite of widespread bans.  freestockphotos
Listen Now

February is Black history Month. March: National Nutrition Month and April? April is Distracted Driving Month, so named to draw attention to something that is nothing short of a public health crisis.

The Center for Disease Control says as many as eight people a day are killed in crashes related to distracted driving, often by people who are texting or using their smartphones while at the wheel.

It’s costing us in other ways as well.

Earlier this month, the state of New York said it issued more than 84 thousand texting tickets last year at up to $450 a pop. While 45 states passed texting bans, the National Safety Council said surveys show the number of Americans using phones behind the wheel is growing.

The Safety Council’s Debbie Hersman said technology has helped get us into this mess, and it also can pave the way forward.

“Adaptive headlights, automatic emergency breaking, lane departure warning systems and blind spot monitoring are a great suite of tools to help every single one of us,” she said.

Hersman said if every car on the road today had those features, fatalities would drop by 10,000 a year. Of course, the government is not requiring new standards, which leaves the responsibility in our hands.

Fortunately, there’s money to be made in helping us drive more safely where it’s apps that help us communicate verbally, or new technology in cars. 10 car companies announced plans to make automatic emergency breaking standard in all makes and models by 2022.

In the end though, Richard Wallace is at the Center for Automotive Research said the race is on for a more permanent fix.

“If you are not driving then you can do whatever you want with your device,” he said.

Wallace said the first fully automated vehicle could pull up as soon as 2018. But it’ll be decades before most of us are driving them.

That means it’s on industry – and us – to keep plugging away at intermediate solutions.