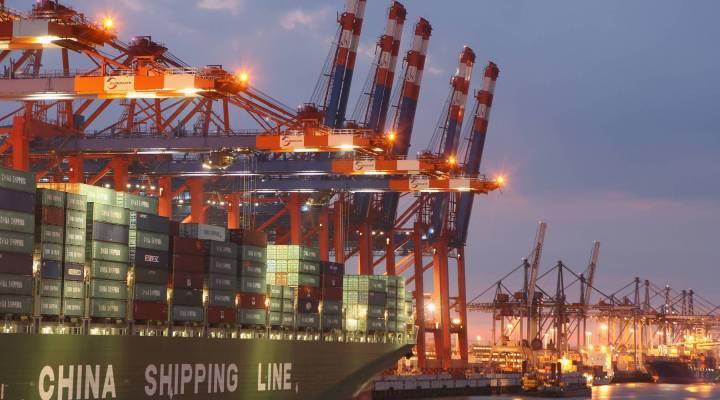 We want to take a deeper look now at an issue that’s been a big focus on both sides of the political aisle in this presidential campaign: global trade.

It’s emotional, complicated and really resonates with people — if you look at exit polls from this week’s New York primary, for example, 43 percent of Democrats told CNN that trade costs jobs. And only 37 percent said it creates them.

On the GOP side, Donald Trump has made trade —  particularly trade with China — a centerpiece of his campaign.

Big trade deals and populist uprisings are weighty topics for politicians, but they also have a meaningful influence on everyone living in an economy impacted by trade. The worker whose job has been outsourced abroad may feel the sting of a trade deal; parents looking for an affordable back-to-school wardrobe for their kids might feel grateful.

This week, we look at how trade is affecting Americans and seeping into politics. Marketplace reporter Tracey Samuelson joins Lizzie O’Leary to talk about how we understand trade.