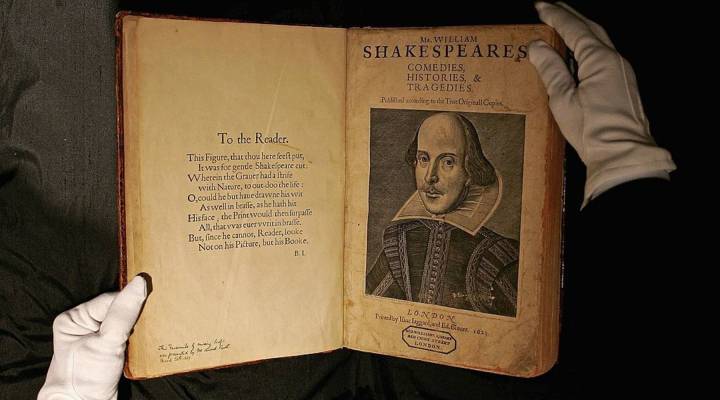 The most widely accepted story of Shakespeare’s life is rather uplifting. Rags to riches. His father John — we are told — lost all his money and was booted off Stratford Council after he was caught dealing illegally in wool. The young William then set off for London where he made a fortune as a poet, playwright and theater owner and then returned home to rescue his parents from poverty and disgrace.

A heartwarming tale. But totally wrong, according to retired banker and Shakespearean scholar David Fallow. Having applied his financial acumen to the — albeit scanty — documentary evidence, Fallow has concluded that:

He left the council in order to take his highly lucrative but illicit wool dealing business underground.

William went to London to act as his father’s commercial representative and subsequently took up acting and writing plays as a sideline.

John bankrolled his son’s purchase of shares in a leading theatrical company and his money paid for the bulk of his son’s investments.

Some leading literary scholars are taking Fallow’s thesis seriously, and they invited him to write a chapter for a major publication marking this weekend’s 400th anniversary celebration of Shakespeare’s death. But one authority on the Bard has challenged Fallow’s version of events.

“There is just no evidence at all that William was ever involved in wool dealing,” said Bob Bearman, author of “Shakespeare’s Money” which is due to be published in the United States next month. “There is no evidence that John Shakespeare had any money after he suffered a severe financial disaster in the 1580s. As far as we know, John didn’t even leave a will.”

Both Bearman and Fallow agree on one point: William Shakespeare from Stratford-upon-Avon wrote some of the finest literature on earth, and left us all a priceless legacy.