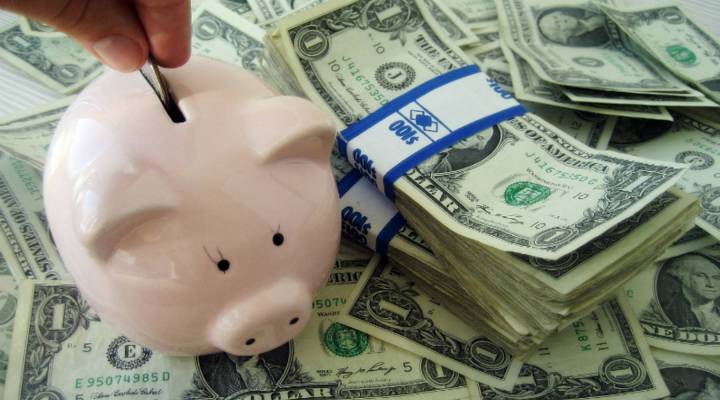 For families, even a small amount in savings goes a long way

For families, even a small amount in savings goes a long way

A new report from the Urban Institute connects the dots between the financial health of cities and their residents. Turns out even a small nest egg can help families weather a financial emergency so they don’t have to turn to the government for help.

The report says almost a quarter of American families have no savings outside of retirement plans. It’s a real problem, according to Caroline Ratcliffe, one of the report’s co-authors and a senior fellow at the Urban Institute.

“Families with as little as $250 to $750 in savings were less likely to be evicted or receive public benefits,” she said.

If tenants can’t pay the rent,  she said, landlords can’t pay their property taxes, which go toward schools and services. So local governments have an incentive to get people to save. But how?

“Having some kind of tax-free account, so it would be subtracted from income before taxation to give some incentive,” said Diana Furchtgott-Roth, a senior fellow at the Manhattan Institute and former chief economist at the Department of Labor.

And, Furchtgott-Roth added, limit it to people making less than $50,000 a year.