A couple of months ago Marketplace released the most recent results from our Marketplace Edison Research economic poll.

Lots of good things in there, not least of which was finding out that 59 percent of Americans would find it somewhat or very difficult to come up with the cash to meet an unexpected expense of a thousand dollars.

The Federal Reserve has been asking a similar question in its public polling, whether people could come up with $400 if they had to. Short answer: No.

Neal Gabler wrote about his — and this country’s — financial precariousness for the new issue of The Atlantic. Gabler spoke with Marketplace host Kai Ryssdal.

On not being able to come up with $400 himself:

I knew that about myself, the surprise for me was that I was not alone. I discovered when I looked at some data, the Federal Reserve Study of household income, that 47 percent of the American people could not come up with $400. And I thought perhaps there would be some solace to other people out there to know that they were not alone.

You can read Neal Gabler’s cover story for The Atlantic, “The Secret Shame of Middle-Class Americans,” here and click the audio player above to listen to the full interview. 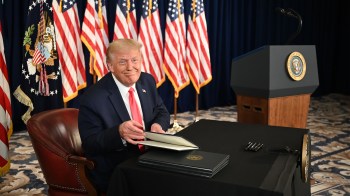