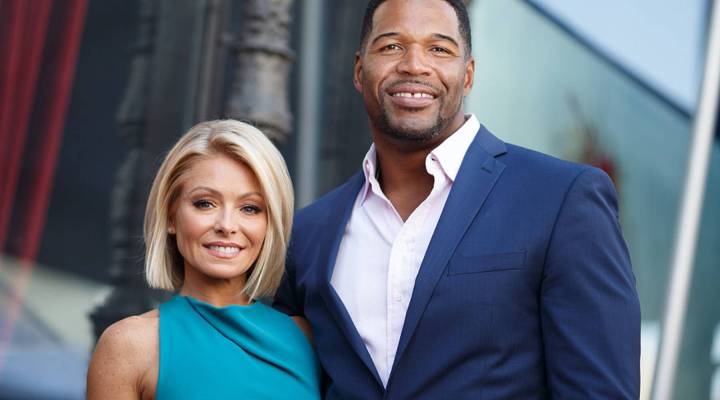 Michael Strahan has been poached from “Live with Kelly and Michael” and will go on to “Good Morning America.”  The surprise announcement yesterday reportedly didn’t go over too well among the “Live” cast, but when it comes to morning news shows, nothing’s sacred.

“We call these the morning-show wars,” said Brian Stelter, host of Reliable Sources on CNN and author of “Top of the Morning.” “This is ultracompetitive, especially between NBC and ABC.”

ABC’s “Good Morning America” is winning in total viewers but losing ground among the key demographic of 25-54 year olds.

“Mornings are where the money is,” said Stelter.  “It is where networks like ABC and NBC make hundreds of millions of dollars.”

“News programing is less expensive to produce than entertainment,” said Jon Swallen, chief research officer at Kantar Media Group.  “So these two-hour talk show formats in the morning generate a significant amount of profit for network news, that’s why this competition is so important and why the networks continually strive for every viewer they can attract to the screen.”

Celebrity hosts and personalities that can develop a warm and fuzzy relationship with viewers who make a morning routine out of watching are a lynchpin of the morning show.  Their less newsy segments are also an even better deal for networks than news coverage.  “If you leverage the right personality you can make tons of money without news crews and satellite trucks,” said Andrew Tyndall, publisher of the Tyndall Report, which monitors network television news.

Tyndall also pointed out that live morning shows are strategically critical to networks precisely because they are live. “News by definition is live content rather than taped, so it’s very hard for Netflix or Amazon or HBO or organizations like that to compete head to head on news.”

Being the morning news show with the largest audience creates a virtuous cycle, making the No. 1  spot especially prized, said Tyndall.  “A lot of success or failure of the morning show is the booking wars–bookers calling people up asking for a big news story or an exclusive or a movie to promote,” he said. “Those people want to get the largest possible audience to promote themselves and so it’s a very good weapon in the booking war to say we are number one.”

Given the stakes, Michael Strahan’s poaching will surely not be the last dramatic turn the networks pull in their unending battle for morning primacy.