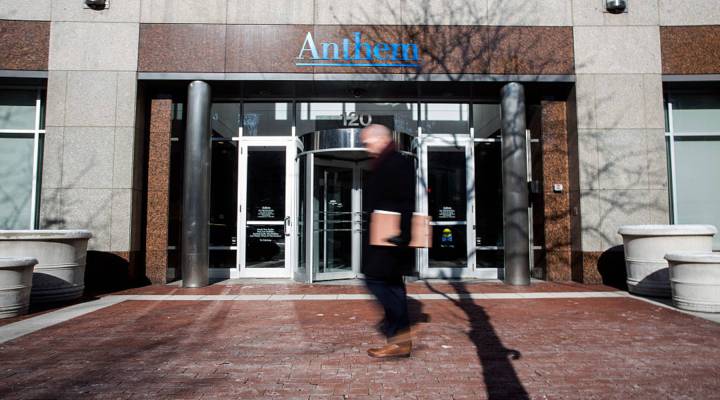 It’s been a busy week for health insurers.

First, UnitedHealth announced plans to pull out of most Obamacare exchanges. Cigna talked about taking a completely different tack, by expanding in those same exchanges. And we’ve learned that Anthem is teaming up with 15 hospitals in Wisconsin to form a new insurance company.

What all these headlines suggest is that the health insurance industry is evolving in real time. What the giant insurers offer – that all hospitals crave – is data;  data that help hospitals keep patients out of expensive care.

“We know that we write a prescription for an individual. We don’t necessarily know that that individual fulfilled that prescription,” said John Foley, senior vice president of Wisconsin hospital system Aurora Health Care and president of the new joint venture with Anthem.

Foley says this new business with Anthem should help doctors get a better picture of patients and figure out, for example, if that patient ever picked up those meds. “We’re going to ask why did it happen?  Was there  social issues? Was there an economic issue?” he said.

Answers to those questions can translate into rich profits for those hospitals. That’s why some systems are looking to get into the insurance business.

But University of Minnesota’s Steve Parente says insurers want to head them off.

“’You the provider are not an insurance company. You are not qualified to do that. We are prepared to work with you to be your intel inside,’” he said.

Parente says both United and Anthem flashed that very sales pitch this week. While United is backing off Obamacare exchanges – the company’s consultancy arm, Optum, is thriving in the data game. Its revenues grew 54 percent over last year to nearly $20 billion.

John Bertko, an actuary with 40 years in the industry, says insurers are doing something that was largely unthinkable in the past.

“They are used to having nose-to-nose confrontation with hospitals,” he said. “To move to a thing where it’s collaborative is really a change in direction.”

The race is certainly on to find the path to lower healthcare costs and improve patient care, even though no one has proven the concept that  hospital and insurer partnerships can work.